A man was detained after police responded to a call about a person with a gun at Microsoft's Cheyenne data center in Wyoming.

Ian Boutelle was recently fired from his job at Securitas Security and had gone back to the site with a handgun. It is not clear why he returned to the data center, but Boutelle did not threaten anyone at the facility. 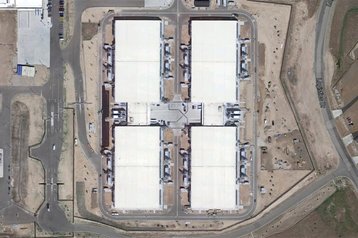 Boutelle was prohibited from possessing firearms under a protection order out of Brighton, Colorado.

Laramie County Sherriff's deputies arrested and booked Boutelle for being in violation of the protection order.

Soon after, Deputies were dispatched to a Walmart Distribution Center for an active shooter event, but it turned out to be a false alarm. The incident at the Microsoft data center is thought to have led to miscommunication and misinformation.

The nonviolent incident comes at a time of heightened alert for the data center community. Last month, a man was charged with planning to blow up an Amazon Web Services data center in Virginia.

Feds claim Seth Aaron Pendley wanted to plant a bomb in the facility in an effort to "kill 70 percent of the Internet."

There is no indication that Ian Boutelle brought a gun to the Microsoft data center due to political motives.