Lenovo Data Center Group (DCG) is to deliver the Netherland’s most powerful supercomputer to a Dutch ICT cooperative for education and research.

The system will be delivered to SURF, a cooperative of universities, vocational schools, research institutions, and university medical centers that work together on ICT facilities and ICT innovations.

“The need of researchers for computing power, data storage, and processing is growing exponentially. In the design of the new supercomputer, the usability for scientific research was paramount,” said Walter Lioen, Research Services Manager at SURF. “SURF has chosen Lenovo because of its quality, performance and future flexibility, as well as its considerations for sustainability.”

OPINION: How to provide a cloud-native experience for HPC applications

Netherlands' Cartesius gets an upgrade 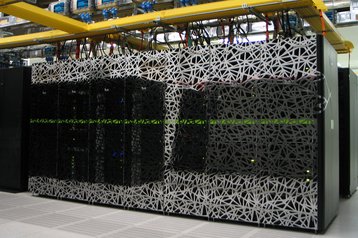 The €20 million ($24.2 million) project will be located in the Amsterdam Data Tower at the Amsterdam Science Park. Construction beings in early 2021, with phase one of the new system expected to be operational by the middle of the year.

Once operational, the new HPC system will be used by 100 education and research institutions throughout the country, performing calculations on various fields of science including meteorology, astrophysics, medical and social sciences, and materials and earth sciences including climate change research.

“Our partnership with SURF shows our continued commitment to delivering innovative HPC technology to empower those who help solve humanity's greatest challenges,” said Noam Rosen, EMEA director, HPC & AI at Lenovo DCG. “Harnessing the capabilities of the dawning exascale era of computing and putting them in the hands of organizations like SURF for groundbreaking research is what Lenovo's 'From Exascale to Everyscale' initiative is all about.”

SURF said it chose Lenovo because of its superior proposal in the field of performance and sustainability. Lenovo says its Neptune water-cooling technology will remove approximately 90 percent of the heat from the system.

The new system is replacing the national supercomputer Cartesius, which is now over seven years old. Built by Atos & Bull in 2015, the 1.3 petaflops Cartesius 2 system fell out of the Top500 in 2020.

Funding for the new system is mostly coming from the Ministry of Education, Culture, and Science which is providing €18 million ($21.7 million), with SURF providing the rest.