Schroeter is a mainframe fan, who was passed over for the main CEO job

Schroeter retired in June, after Arvind Krishna was appointed CEO at the start of the year. He is being brought back to head up a new company, after Krishna said that IBM would split in October. Krishna is leading the cloud and AI part of the business (the majority), while Schroeter will run the rest of the business, a roughly $19 billion company handling IT infrastructure and services, which is labeled NewCo until a formal launch after the split is complete. 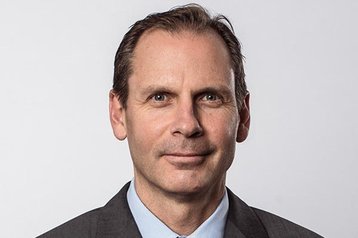 During 2019, Schroeter was widely seen as IBM's next CEO. At the start of 2018, he was CFO when IBM returned to growth after 23 straight quarters of declining revenues. He then made a surprise move to become senior vice president of global markets, where he was responsible for IBM’s global sales and client relationships.

Despite his apparent success as CFO, that looked like a demotion. However, observers including Jim Cramer at The Street pointed out that the then-CEO, Ginni Rometty had also held the same SVP position, and speculated that Schroeter was building experience. "Schroeter will have a very strong grasp on the company's financial situation as well as experience in global operations and sales," reasoned Cramer at the time. "All of that will be key for a potential CEO candidate."

When Krishna was appointed CEO, and Schroeter was passed over, Schroeter retired. Krishna's brief was to refocus the company on the cloud, but during 2020, problems became clear. Although the pandemic was boosting cloud business, the company still relied on services, and its net income dropped by 46 percent in the second quarter, as customers delayed spending on projects. In fact, the overall revenue is not affected so seriously. In October, Krishna announced a breakup with the services business to be spun off by the end of 2021, leaving IBM focusing on the cloud - but keeping its remaining hardware business.

Schroeter's financial and sales experience makes him a sensible choice to start up NewCo. He's spoken passionately about the prospects for mainframes (YouTube), and the NewCo portfolio will be based on the long term clients he dealt with as SVP. NewCo will manage and modernize IT infrastructure for customers in many industries.

"Martin is a world-class leader and is uniquely qualified to drive the long-term success of the new, independent company,” said Arvind Krishna, Chairman and CEO of IBM. “He has a deep understanding of the industry and has earned the trust of our clients and of the investor community."