GTT to acquire Dutch telco KPN for €50 million in cash

Cloud networking provider GTT Communications is set to acquire telco and IT provider KPN International for €50 million ($56m) in cash.

The deal is debt-free and is due to close in the third quarter of this year, subject to regulatory approvals. 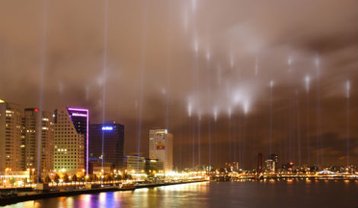 Formerly known as Global Telecom & Technology, GTT Communications operates a Tier 1 network and provides IP transit and MPLS transport services to enterprise, government, and carrier customers in over 100 countries. The company is headquartered in McLean, Virginia.

Rick Calder, GTT president and CEO, said: “The acquisition of KPN International deepens our market presence in the European region

“The world-class resources contributed from this acquisition, including a highly experienced team, international network assets and a deep roster of multinational clients.”

In May this year, Rotterdam-based KPN sold off its data center division, NLDC, to a fund managed by a subsidiary of Deutsche Bank. The data center unit consisted of six colocation data centers in Aalsmeer, Almere, Eindhoven, Groningen, Oude Meer (Schiphol) and Rotterdam.