Adding to its growing portfolio of chips

The Argos video-transcoding chips provide "up to 20-33x improvements in compute efficiency compared" to its previous traditional server set up, the company said. 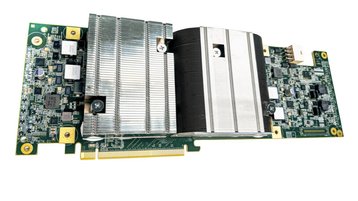 Each chip comes with 10 "encoder cores," Google explains in a research paper. Each core can encode 2160p in realtime, up to 60 FPS using three reference frames.

"Designing video transcoding ASICs for the data center can be fundamentally different than designing for consumer devices," Google said. "At the warehouse-scale, where many thousands of devices will be deployed, there is an increased focus on cost efficiency that translates into a focus on throughput and scale-out computing."

With power and die-area constraints more relaxed than in consumer gear, Google's "data center ASICs are optimized for throughput and density, and multi-ASIC deployments amortize overheads."

The company told CNET that thousands of Argos chips are currently running in Google data centers. Google runs dedicated VCU machines in its facilities with the new cards, rather than putting them in all YouTube servers.

In a blog post, lead software engineer Jeff Calow said that the company is currently working on a follow-up chip "adding in AV1, a new advanced coding standard that compresses more efficiently than VP9, and has an even higher computation load to encode."