Social network expanding beyond its own Prineville campus in the state, though QTS needs to source the renewable energy it desires first

Facebook is expanding its Oregon operations into QTS' facilities, the colocation provider has revealed.

QTS, recently acquired by Blackstone, opened phase one of the 250MW Hillsboro campus in October 2020. It’s unclear exactly how much capacity Facebook utilizing when it moves into the campus, but it could be up to all of the 250MW.

In its filing QTS said that should it or Facebook ‘modify their growth plans or decide not to site at the co-location facility in Hillsboro’, they will inform the Commission as to how much of the requested 250 MW of renewable capacity is no longer needed.

“PGE and QTS understand that the approval of all or some of the additional 250MW may be rescinded as it is intended to meet the needs of this particular QTS client.” 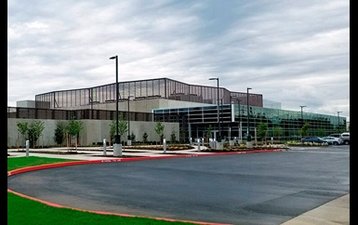 PGE is currently limited to 300MW under the program; Intel takes up 138MW of that allowance through a solar plant investment with the company and the rest is already accounted for.

The companies would like to increase the CSO cap by more than 250MW to accommodate the needs of QTS and its customers.

The commission previously raised the program limit in March to 500MW and agreed with a PGE proposal for a 90-day review process for expansion beyond that. Under the new PGE/QTS petition, QTS would get an additional 250MW and the previously approved 200MW would remain available to other PGE customers.

“PGE recognizes the urgent need to decarbonize the power we serve to our customers while also helping our customers to meet their sustainability goals,” a PGE spokesperson told BizJournal. “If approved, this petition will increase by 250MW the amount of clean, renewable energy in PGE’s Green Future Impact program, while also ensuring 200MW remains available for other eligible customers eager to reduce their greenhouse gas emissions.”

Renewable energy is also available in Oregon through the New Load Direct Access program, which reduces the charges companies are required to pay when they ditch their utility provider and source renewable energy directly from an independent supplier in cases where the energy is being used for new loads. QTS has previously said NDLA would be important to power its Hillsboro campus sustainably.

“It is surprisingly difficult to procure renewable energy in Oregon,” a QTS spokesperson added in a statement. “This innovative split structure between GEAR and NLDA provides the capacity required to power a large site with 100 percent renewable energy within the bounds of current regulations.” 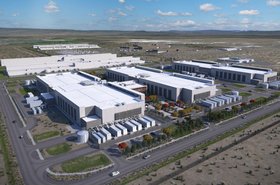 Facebook already has a substantial presence in Oregon. Its Prineville campus opened in 2011, and when built out will comprise 11 buildings and 4.6 million square feet. It is Facebook’s largest data center campus in the US, and has seen the social media giant invest more than $2 billion into the site.

The Prineville Data Center is supported by 100 percent renewable energy, including two solar projects located in Oregon. But FB itself has had energy troubles in the state.

Currently, the social network buys energy from Pacificorp and uses what is known as the 272 tariff scheme (also called Blue Sky Connect) which allows companies to buy renewable energy certificates to offset actual energy use.

However, caps had been put in place over how much energy the company can offer through the scheme while regulators investigate whether 272 needs reclassification and tighter regulations, leaving customers such as Facebook unable to offset their energy use beyond that cap in the interim.

Luckily for the social network, in May regulators decided to exclude the PacifiCorp 240MW wind farm in Montana from energy caps, allowing the company to continue to source renewable energy while investigations continue.