Facebook will be able to continue to meet its sustainability goals after Oregon officials this week decided not to include a large-scale wind farm in an ongoing energy cap.

The decision means that large customers in the state such as Facebook can continue to use their current energy tariffs and meet their sustainability goals. 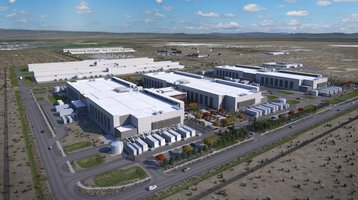 Facebook’s Prineville data center campus, the company’s largest in the US, is supported by 100 percent renewable energy, including two solar projects located in Oregon. But regulation changes in the state were threatening to derail its sustainability goals.

However, caps have been put in place over how much energy the company can offer through the scheme while regulators investigate whether 272 needs reclassification and tighter regulations, leaving customers such as Facebook unable to offset their energy use beyond that cap in the interim.

Through its Vitesse LLC subsidiary, Facebook asked the Oregon Public Utility Commission to lift the cap, lest it “lose the only practical renewable power purchase option that meets its sustainability goals in Oregon.”

However, with the new decision that Pacificorp’s Pryor Mountain wind project is excluded from the cap, Facebook said it expects that exclusion to provide it room to get enough Schedule 272 renewable energy to meet its needs in 2021.

In recommending the exclusion, PUC staff said they were “sympathetic to customers that require options to meet their sustainability goals given the dearth of other options in PacifiCorp’s portfolio.”

Facebook recently claimed 100 percent of its operations were powered by renewable energy, and Prineville losing its green status would be a blow to the company’s sustainable ambitions given its size. The latest expansion to the campus will take the development to 11 buildings and 4.6 million square feet (427,000 sqm) when fully built out.