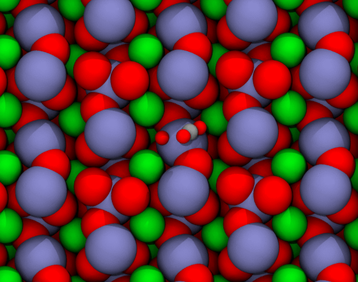 Meta's AI division and Carnegie's Department of Chemical Engineering are building machine learning models that simulate chemical reactions. This data set, the largest released in that field, could accelerate the discovery of low-cost catalysts.

The Open Catalyst Project, or OCP (not to be confused with the Facebook-launched Open Compute Project) began in 2020 with the launch of the largest data set of electrocatalyst structures to date, featuring more than 1.3 million molecular adsorptions onto surfaces.

The new OER data set contains around 8 million data points from 40,000 unique simulations, and includes a wide variety of oxide materials across 52 elements.

Current quantum mechanical simulation tools, such as density functional theory (DFT), can help researchers focus on catalysts and combinations that prove promising, "estimating the energy of a system and attempting to find the configuration with the lowest energy, or the 'relaxed' state," Facebook AI research scientist Larry Zitnick said in 2020.

But DFT requires immense computing power to simulate the movement of atoms, and struggles to scale as more atoms are simulated

OCP uses artificial intelligence to approximate DFT computation by training machine learning models with a small number of DFT calculations to teach them to approximate the energy and forces of molecules based on past data.

This new data set aims to open the door for such machine learning workloads. The data set and baseline models will be open-sourced "in the coming months," Meta said.

Hydrogen is one of a number of tools that will be required to help humanity rapidly transition off of fossil fuels - as long as it is created using renewable energy sources.

The fuel is of particular interest to the data center sector, which is seeking a replacement to its diesel backup generators.

Microsoft has been most vocal about experimenting with hydrogen, successfully powering a row of data center servers for 48 consecutive hours using hydrogen fuel cells back in 2020. A year later, it partnered with Caterpillar and Ballard Power Systems to test out hydrogen fuel cell backup generators at its data center in Quincy, Washington.

Keppel Data Centres is also exploring hydrogen power, and is studying importing the fuel from the H2Perth green hydrogen plant in Western Australia.

Earlier this year, Dutch data center operator NorthC said it would install hydrogen fuel cells at a new Groningen data center, the first to do so in Europe.