How long until the company builds another?

This will increase the company's overall investment into the area to more than $2bn, the social media and advertising company said on the campus's Facebook page. 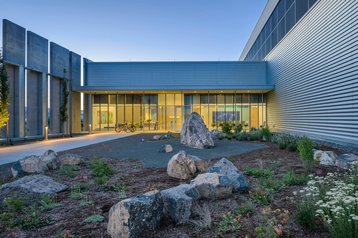 It will join its siblings at the Prineville campus bringing its total footprint up to about four million sq ft (400,000 sq m).

The company said: “Construction of this new building began this week. We have worked closely with our general contractor to implement the proper measures due to Covid-19 to ensure all crews are safe.

“The health and safety of our teams and the community continue to be a priority.

“Thank you, Prineville, Crook County, and Oregon, for being great partners! We are so honored to be part of the community and look forward to continuing this strong partnership for years to come."

The expansion is due mostly to the generous tax breaks offered by the state. According to a report by The Oregonian, tax breaks saved the company nearly $74m in property tax over its first six years in Prineville.

In 2017, DCD reported on Facebook's plan to add two more sites, and in the following year, another facility for around $750m.

Oregon’s tax incentives have caused several large data center companies to move to the state and set up shop over the past decade.

In February, NTT Ltd said they were building a 144MW data center campus in Hillsboro, Oregon. The company’s American division, formerly known as RagingWire, is overseeing the project.

At the same time, QTS Realty Trust broke ground on a large hyperscale data center campus also in Hillsboro. Even bigger players like Amazon have gotten in on the action. Last year, the company was given a total exemption from property taxes for 15 years in return for building its seventh data center campus in Oregon.