A bill to provide tax breaks to data center operators is another step closer to being authorized.

The Idaho Senate passed the sales tax break on Tuesday (March 17), and will now be sent off to Governor Brad Little for signing.

According to local publications, the HB 521 bill hit a roadblock with the state's House of Representatives, although it was eventually passed on February 28 by 37 ayes, and 21 nays, with 12 abstaining.

The bill was sponsored by state politicians Representative Greg Chaney and Senator Jim Rice, who had previously tried to pass the bill. 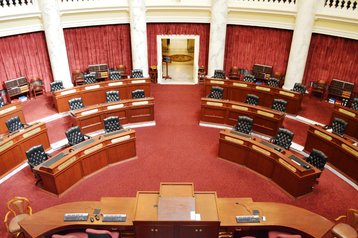 The senate voted overwhelmingly in favor of the tax breaks – Idaho.gov

Senator Rice said: “This is the kind of data center that we do not currently get in the state of Idaho.

“They are very equipment-intensive and have high-paying jobs. They do not have a lot of jobs, but this has [an average of] 30 jobs [each] that are high-paying in the data center.”

The bill’s fiscal impact, according to its supporters, shouldn’t cost the state that much and would instead - they claim - have a positive economic impact on the state.