Not everyone's happy about it

Switch, a Nevada-based colo that owns the 225,000 sq ft (21,000 sq m) Pyramid campus in Grand Rapids, Michigan, lobbied officials to grant the tax exemptions set out in the SB 455 bill.

The company says the bill now clarifies a 2015 and 2016 deal it had made with the state in order to become a ‘renaissance zone.’ Caledonia Community Schools and Kent Intermediate School District opposed a bill in September that exempted Switch from taxes. Renaissance zones give tax incentives to businesses like Switch to set up shop saving them from paying sales or use taxes.

However, as per the agreement, Switch will pay something, the amount will be scaled as if the property’s value rises by 10 percent per year. If the official assessment does not rise by that amount, Switch will make up the difference. 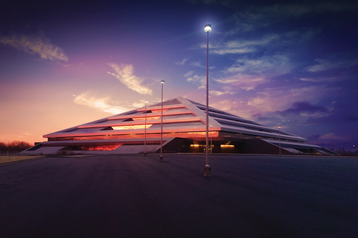 Under the change, if the value of Switch’s real property were to increase by 10 percent annually, Caledonia and Kent school district would receive $2.1 million over eight years.

Switch would save money on not having to pay taxes on the equipment but only on the land and buildings.

As per the understanding of the bill, Switch is now not only eligible for thousands in exemptions of taxes but also a refund on all taxes the company has paid to schools in the area.

Gaines Township, which collects taxes on behalf of Caledonia and Kent school districts, had not billed Switch. But the township was told by the Michigan Department of Treasury that the exemptions [given in 2016] did not stop the company from paying the taxes. The new bill has now ironed out the ambiguity of the exemption law - Switch has since received nearly $625,000.