The company’s American division, formerly known as RagingWire, will be overseeing the project. The 47-acre Pacific Northwest campus will potentially add five more facilities to NTT Ltd’s portfolio of more than 160 data centers. 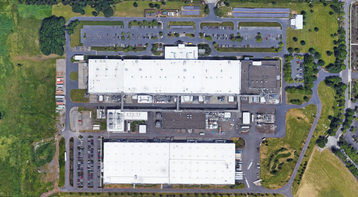 Where the new campus will be located – Google Maps

The 144MW site will consist of five buildings with a total space of 1 million sq ft (93,000 sq m). The first six megawatts of critical IT load will be available in mid-2020.

The new campus is the current location of the solar panel company, SunPower. The factory was sold to NTT Ltd after it was put up for sale in May 2019. As reported by The Oregonian, the company is expected to still operate in a portion of the facility.

SunPower bought the 480,000 sq ft (45,000 sq m) factory in 2018 for $26m. It used to be operated by German solar panel fabricator, SolarWorld, however, it was sold after the company declared insolvency after Chinese competitors dumped vast amounts of cheaper solar components onto the market.

Land of milk and tax exemptions

According to NTT Ltd, Oregon's public utility company, Portland General Electric (PGE), will be supplying the new site with cheaper rates on energy. It also says savings will be made on power and cooling costs since it can exploit the Northwest's cooler and milder climate.