Element Critical has completed the expansion of its Houston One data center expansion a year after acquiring it.

The company this week announced the addition of two newly completed data halls, extending the original building at 22000 Franz Rd in Katy to include 20,000 sq ft of new colocation space. 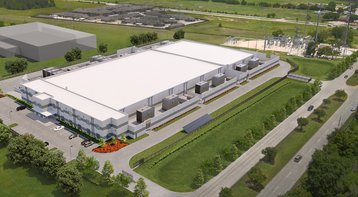 "As technology innovation and data consumption continue to drive business growth in Texas, we are pleased to serve an increasingly comprehensive range of enterprise customers embracing digital transformation," said Ken Parent, CEO of Element Critical. "The flexibility of Houston One’s customizable design continues to attract interest from the diverse base of Houston area companies that require high-touch customer service and a proven track record of mission-critical operational excellence."

Element Critical acquired the facility from Skybox Datacenters in March for an undisclosed amount and broke ground on the new halls the following September. The expansion takes the data center's capacity to 32MW.

Founded in 2014 as Central Colo, Element Critical has five other data centers; one in Sunnyvale, California; two in Chicago, Illinois; another single facility in Tyson's Corner, Virginia; and another Texas facility in Austin acquired from vXchnge last year.