Facility was acquired from Skybox in March, company expanding it to 32MW

US colo provider Element Critical has broken ground on the first expansion project at its recently acquired Houston One data center.

The company acquired the facility from Skybox Datacenters in March for an undisclosed amount. 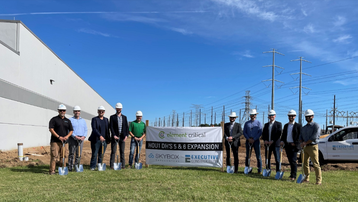 The expansion project at Houston One broke ground on September 22, with Executive Construction as the general contractor.

“Executive Construction’s impressive portfolio of over 150 mission-critical projects and the successful completion of our Chicagoland data center expansion makes them a great partner for our first development collaboration in Texas,” says Matt O’Hare, Director of Design and Construction Operations at Element Critical.

Founded in 2014 as Central Colo, Element Critical has five other data centers; one in Sunnyvale, California; two in Chicago, Illinois; another single facility in Tyson's Corner, Virginia; and another Texas facility in Austin recently acquired from vXchnge.