The Singapore-based company this week announced it has signed a Memorandum of Understanding (MOU) with Palau-based Pacific Blockchain Corporation to explore the development of a Tier III rated facility in the Republic of Palau. 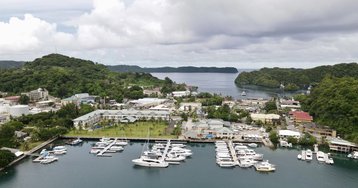 The company said the 1MW facility would initially be able to accommodate up to 200 racks, with the potential to increase capacity to 5MW with up to 1,000 racks. It would be the first Tier-rated facility in the Republic.

“DC Alliance has always recognized the potential of operating at the Edge. Our last deal with DXN Limited expanded our footprint across Australia. Now, Palau is our first step out of Australia into a frontier market with immense potential,” said Roy Wong, executive chairman of DC Alliance. “I’m pleased that Pacific Blockchain Corporation has entrusted DC Alliance the privilege of providing its expertise in data center design, build and operate to achieve the goal of building the first Uptime-Certified data center in Palau.”

Palau saw its first submarine cable connected in 2017 and development on a second one is underway via a dedicated branch off the upcoming Google-Facebook Echo cable network due in 2023.

Shalom Ngelechel Etpison, vice-president of Pacific Blockchain Corporation, added: “Pacific Blockchain Corporation is proud to partner with DC Alliance in this pioneering endeavor. Strategically, Palau’s location is positioned perfectly as a digital crossroad for the ever-growing data traffic across the Pacific. Our state-of-the-art internet connectivity will only be enhanced further in the coming years. With these assets, the Palau government is embracing new technology such as blockchain and digital residency, moving forward with its digital finance technology plans. Building a data center is the next practical step for Palau and the timing could not be better than now.”

Very little information about PBC or Etpison is available online. According to an SGX filing, PBC is an incorporated corporation in the Republic of Palau that “aspires to capitalize on the use of digital ledger technology in its various applications across almost every industry.”

“Exciting times for our partner and investor DC Alliance expanding into the beautiful island of Palau,” said DXN CEO Shalini Lagrutta. In September 2021, DXN entered into a contract to supply a prefabricated Cable Landing Station for US$779,000 to Palau's state-owned Belau Submarine Cable Company (BSCC) for its new cable spur from the Echo cable.

Flexenclosure provided the landing station facility for the SEA-US cable that landed in Palau in 2017.