Colocation is just as centralized as ever - Synergy

Despite the promise of the Edge, big hubs still hold all the cards

More than two thirds of the world's revenue from retail and wholesale colocation is concentrated in just 30 cities, according to a report from Synergy Research Group.

The top 30 metro areas accounted for 68 percent of total colocation revenue according to Synergy's latest findings, which cover Q1 2021 . Within that, the top five metros, Washington, Tokyo, London, Shanghai and New York, made up more than a quarter (26 percent) of the world market. The finding follows the well-established trend of the last six years (25 quarters), but runs counter to suggestions that a surge in local "Edge" capacity in smaller markets might be about to shift the balance. 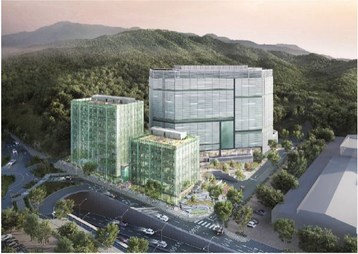 Synergy thinks that Edge is happening, and preventing the top hubs from increasing their dominance: "While the major metros are a natural magnet for data center investment due to their status as economic hubs, there has also been a push to build out more edge locations. These two opposing trends have kept the major metro share of the total market relatively constant," says the release from John Dinsdale a Synergy chief analyst.

There's been some shifting amongst the leaders. Shanghai has taken the number four spot from New York as China's market grows at pace. The US still has nearly half (14) of the top 30 metros, with 10 in the rapidly growing APAC region, five in Europe, and one in Latin America.

“While we continue to see strong demand for colocation across the board, the standout regional growth numbers are coming from APAC," said Dinsdale. The fastest growing metros are dominated by APAC. Beijing, Shanghai, Mumbai, Osaka, and Seoul all grew by over 15 percent in the last year, along with Sao Paulo in Latin America.

The fastest-growing US metros were Washington DC/Northern Virginia, Phoenix, and Atlanta. Fast climbers outside the top 30 include Portland, Montreal, Salt Lake City, and Milan.

There's no surprise in the top two colocation providers - Equinix and Digital Realty. Equinix is the leader in retail, heading 18 of the 30 top metros, while Digital takes the wholesale crown, leading in nine metros. NTT is the third largest colocation provider.

"The highest growth sector is wholesale data center leasing for hyperscale operators,” said Dinsdale. “The market dynamics for the retail and wholesale segments are quite different. Spending on retail colocation is more than twice as much as wholesale, but wholesale growth rates are more than double retail growth rates. Due to different location criteria for hyperscalers, there are some metros where wholesale market size is bigger than retail, some notable examples being Washington DC/Northern Virginia, Phoenix, Montreal, and Portland.”