Following a similar loss at the Zaporizhzhia Nuclear Power Plant

Russian troops captured the site of the 1986 nuclear disaster on February 24, and have not allowed staff to leave. More than 2,000 staff work in shifts to prevent another nuclear disaster, with 210 currently on duty. 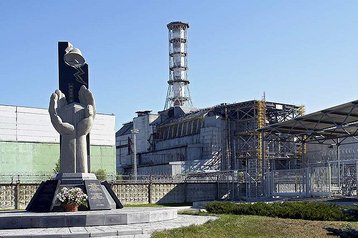 The International Atomic Energy Agency (IAEA) said that remote data transmission from the safeguard monitoring systems installed at the Chernobyl NPP had been lost, an outage confirmed by Internet monitoring group NetBlocks.

This disconnection follows a similar loss of data from the Zaporizhzhia Nuclear Power Plant, a more modern and still-active plant that has also been seized by Russian forces. It suffered some damage during the attack, but is believed to be operating safely.

Radiation levels at Chernobyl spiked around 20 times when it was taken over, likely due to military vehicles stirring contaminated soil in the exclusion zone.

Levels dropped as fighting ebbed, but the IAEA has warned that the lack of staff rotation posed a risk as tired and overworked employees operating in a highly stressful situation could make a mistake.

"I call on the forces in effective control of the site to urgently facilitate the safe rotation of personnel there."

The nuclear power plant suffered a catastrophic meltdown in 1986, spreading large quantities of radioactive materials and airborne isotopes into the atmosphere and surrounding land in what remains the worst accident in the history of nuclear power.

Update: The 750kV Chernobyl-Kyiv high-voltage power line has been cut, in what is believed to be damage caused by Russia. Ukraine's nuclear agency Energoatom claims that the plant cannot cool spent nuclear fuel without the power.