A June 7 outage in Canada's British Columbia has been blamed on a beaver.

The large rodent gnawed through an aspen tree, causing it to fall on both BC Hydro lines and a Telus fiber optic cable line in between Topley and Houston. The tree then caught fire, but was put out by the Topley Volunteer Fire Department. 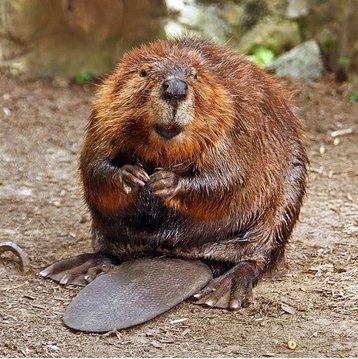 The communities are only served by a single fiber cable, but telco CityWest is currently laying a second fiber optics line down the coast to connect to Vancouver.

BC Hydro official Bob Gammer told CTV News that beavers occasionally cause outages in Canada, but it is not a regular occurrence. “It's unusual, but it does happen every once in a while,” Gammer said. “So I wouldn't be a rich man if I had a nickel for every beaver outage, but they do happen.”

A beaver caused a Telus outage last year in what the company described as a "very bizarre and uniquely Canadian turn of events." The animal used the fiber cable for its dam, burrowing three feet into frozen ground to get at the cable.

Hundreds of power cuts are attributable to squirrels, snakes, and other critters that accidentally short-circuit equipment - but the result is usually worse for them than it is for the grid.