British Airways experiencing major outage, says it is not a cyberattack

Update, Feb 27: Due to the outage, BA canceled all short-haul flights from Heathrow until midday on Saturday. Some flights were still delayed that evening, and a "small number" of short-haul trips have been canceled as of Sunday.

The company stressed that the issue is not a cyberattack, after users on social media speculated the issue was related to the Russia-Ukraine war, the Nvidia hack, or the hack of a major US logistics company. The cause of the outage is not yet known. 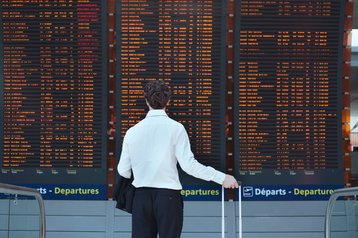 "We're investigating and working hard to resolve a technical issue and apologize for the inconvenience," BA said in a statement. "We’re operating flights and checking customers in."

Flights have been delayed, however, despite the statement. The company's app and website are down, and there are issues with the company's airport screens.

BA has a long history of outages that have impacted passengers.

In 2017, more than 75,000 passengers were impacted by a British Airways IT issue - that time, one of the company's data centers suffered an outage, and services failed to shift to the backup facility. BA took the data center's operator CBRE to court over £58m in losses, but the two groups ultimately settled out of court, with no admission to liability.

But, with air travel relying on a vast network of interconnected services, systems and technologies, BA is far from the only airline to have suffered outages.