Nvidia reportedly hit by cyberattack, some systems go down

It is unclear how widespread the outage is

US GPU designer Nvidia is investigating a potential cyberattack that has brought some internal systems down.

The Telegraph reports that Nvidia’s email systems and developer tools have experienced outages over the past two days. 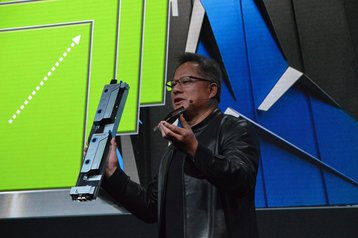 The culprit is not known, but comes just as Russia invades Ukraine and the US levies chip sanctions and considers wide-reaching cyberattacks. There is no proof the two incidents are related.

One source claimed that internal systems had been “completely compromised," although some email systems are working as of Friday.

“We are investigating an incident," Nvidia said in a statement. "We don’t have any additional information to share at this time."

Update: South American hacking group LAPU$ claims to have been behind the attack (via vx-underground).

The group said that they stole over 1TB of data in a ransomware attack. They also claim that Nvidia tried to hack the group back with ransomware, but failed.

The claims have not been corroborated.