You win some, you lose some

In the same week, New York's current governor, Andrew Cuomo, announced that former Google CEO Eric Schmidt would lead a commission looking into reimagining the state as it rebuilds after the Covid-19 pandemic. 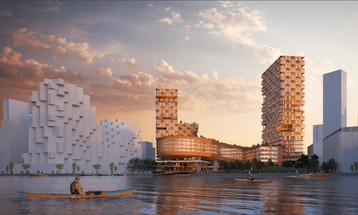 What won't be built in Toronto – Sidewalk Labs

In a Medium post, CEO Dan Doctoroff said that the 'Quayside' project - a plan to turn 12-acres of disused Toronto real estate - into a smart city trial run had been rendered financially nonviable by Covid-19 market uncertainty, "without sacrificing core parts of the plan we had developed together with Waterfront Toronto to build a truly inclusive, sustainable community."

The development was struggling before the current crisis, however, with some critics suggesting other reasons were to blame for the mini-city's early end. Quayside faced significant opposition from human rights groups that criticized its apparent focus on monetized mass surveillance.

In a 1,500 page proposal last year, the company promised to create “a neighborhood built from the Internet up," but the pitch was met by local opposition and criticism from regional media outlets, as well as the former co-CEO of RIM, Jim Balsillie.

The company had to walk back some plans to keep user data, and had to reduce the scale of its development when the government agency controlling the land ordered the company to only focus on its 12 acres - after a leaked report revealed the company hoped to expand across 350 acres.

The proposal also planned to use the waste heat from a nearby data center, which DCD believes was an Equinix facility.

"While we won’t be pursuing this particular project, the current health emergency makes us feel even more strongly about the importance of reimagining cities for the future," Doctoroff said.

"I believe that the ideas we have developed over the last two-and-a-half years will represent a meaningful contribution to the work of tackling big urban problems, particularly in the areas of affordability and sustainability. This is a vital societal endeavor, and Sidewalk Labs will continue our work to contribute to it." 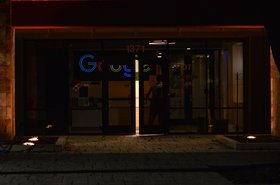 On Wednesday, Gov. Andrew Cuomo said that he has enlisted Eric Schmidt, former CEO of Google and Novell, to head a 15-member 'blue-ribbon commission' tasked with “reimagining” New York state in the wake of the coronavirus pandemic.

Schmidt said he would focus on Telehealth, remote learning and expanding broadband access. The former head of one of the world's largest companies is a major Democratic powerbroker, donating large sums to candidates, and worked with President Barack Obama and candidate Hillary Clinton's election teams. He is currently chairman of the Defense Innovation Board, advising senior members of the Department of Defense about AI, cloud, and other technological advancements, as well as chair of the National Security Commission on Artificial Intelligence (NSCAI).

"We can take this terrible disaster and accelerate all of those in ways that will make things much, much better,” Schmidt said about his task force. "My own view is that these moments are a chance to revisit things that are not getting enough attention, and we have systems that need to be updated."

Cuomo called Schmidt "the best mind in this country, if not on the globe," when it came to incorporating technology into the economy of the future.

"Let’s look at what we just went through. Let’s anticipate a future through that lens. And tell us how we can incorporate these lessons," he said.

New York's education efforts are to be 'reimagined' by the Bill & Melinda Gates Foundation, led by former Microsoft CEO Bill Gates. The one-time world's richest man spent hundreds of millions on changing US education, in a highly controversial move that research showed had little impact.