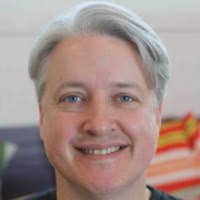 Jason Hoffman is President and CEO of MobiledgeX, where his decades of experience in telecommunications and cloud infrastructure have driven him to design the future of mobile edge services, applications, and devices.

Jason is considered one of the architects of large scale cloud computing, having led the development of container technologies, asynchronous, high concurrency runtimes, and converged server, storage, and networking systems. For over a decade, he was CTO and Founder of pioneering IaaS and software provider Joyent (now owned by Samsung). Here, Jason ran product, engineering, operations, and commercial management for a decade, launching the most popular asynchronous runtime (node.js), most secure KVM-based VMs, as well as the world’s first serverless and first container-as-a-service offering.

Most recently, Jason was CTO for Digital Services at Ericsson, where he led a 30,000 person unit responsible for the company’s multinational cloud and datacenter infrastructure business. While at Ericsson, his group led the market in the modernization of telecom infrastructure and created the world’s first hyper-scale, disaggregated system.