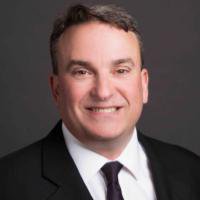 Stott is the Founder, Chairman and CEO of ManSat, the world’s largest commercial provider of satellite spectrum, and creator of the Isle of Man’s space industry.

Stott serves as the Chair Emeritus, alongside Sir Arthur C. Clarke, of the Society of Satellite Professionals International (SSPI), the largest professional association in the global space and satellite industry, who kindly also named him Satellite Industry Mentor of the Year for 2015.

Before founding ManSat in 2000, Stott worked in Houston with Lockheed Martin Space Operations, and prior to that working with McDonnell Douglas and Boeing on the Delta Launch Vehicle program.

An experienced entrepreneur, Stott is also active in the field of business education where he serves on both the Faculty and the Main Board of the International Space University in Strasbourg, France, and as the Chairman of ISU USA. Stott is also former faculty with Singularity University.

Stott has a Masters in Space Science from the ISU, and a Bachelors of Arts from the University of Kent, Canterbury with Honors in American Politics, History, and Literature.

A veteran of both US and British politics, Stott is also active in many charitable causes from Geeks Without Frontiers to the AMAR Foundation, Challenger Centers, the Conrad Foundation, the National Electronics and Communications Museum, and the United Space School Trust, and the Brooke Owens Fellowship (of course!).  He is a  TED’ster and is a founder of TEDxISU and TEDxDouglas.

In his spare time, Stott is an award wining documentary film producer, and published author. He doesn’t sleep much and loves coffee.  A naturalized Manx American, Stott lives in Florida with this wife and son and their dogs.  He enjoys shooting (pistol, rifle, skeet and trap), SCUBA, Free Diving, and flying the occasional helicopter. He was also once a pirate king, sadly now retired.   Oh, yes, for those that have read this far…a pirate king (ret.).