Where does this take Vertiv's software strategy?

Operators often say that data center infrastructure management (DCIM) software is a necessary evil. Modern facilities need centralized, real-time management and analytics, but DCIM is notoriously difficult to deploy. The software is also not easy to rip and replace — yet some operators unexpectedly will have to. Vertiv, a pioneer and leader in equipment monitoring and management, recently told customers it has discontinued its flagship DCIM platform Trellis. Support for existing contracts will end in 2023. 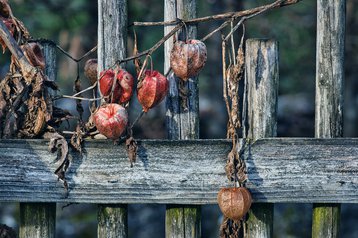 In addition to dismaying these customers, Vertiv’s decision to drop Trellis raises questions about the company’s overall strategy — and value proposition — for data center management software.

Vertiv’s software business has fallen far in the past decade. Its Aperture asset management software was the most widely used DCIM product as recently as 2015 (when the company was Emerson Network Power). Trellis launched with fanfare in 2012 and became one of the most expansive DCIM platforms, promising to integrate data center facility and IT equipment monitoring.

For years, Trellis was the centerpiece of Vertiv’s strategy toward more intelligent, more automated data centers. It was once positioned as a rival to today’s leading DCIM products, notably from Schneider Electric and Nlyte Software. At one point, IBM and HP were Trellis resellers.

Ultimately, however, Trellis was both overengineered and underwhelming. It was built using the Oracle Fusion application development system so that new functionality and software could be built on top of Trellis. This was a benefit for customers active in the Oracle environment, but not for most everyone else. Many found the architecture too sprawling and heavy. Vertiv says this was a primary reason for it discontinuing the product — it was simply too big and complex.

Other factors were at play. Over several years, operators reported various problems and concerns with Trellis. For example, while Trellis’ asset management functionality was eventually strong, for years it lagged Aperture, the product it was designed to replace. (Vertiv discontinued Aperture in 2017, with support of existing contracts to end by 2023.) This left customers to choose between maintaining a discontinued product or migrating to a newer one with less functionality. Many ended up migrating to a competitor’s platform.

Vertiv’s overall share of the DCIM market has steadily shrunk. Trellis, Aperture, Data Center Planner, SiteScan – all are well-known Vertiv software products that are now discontinued. (No date yet for when support for existing SiteScan contracts will end.) Moreover, Trellis was a proof point for Vertiv’s software ambitions.

So where is Vertiv heading?

The company is focusing on a few remaining software products that are solid but narrowly focused. It is investing in Environet, which it acquired in 2018 when it bought Geist Global, a relatively small vendor of rack power distribution and related sensors. At the time, Environet had a small, loyal customer base. Vertiv has since extended its power and thermal monitoring, as well as its facilities space management features. Yet the software lacks the more sophisticated predictive maintenance and, notably, the IT device management capabilities of Trellis and other DCIM suites.

Taken as a portfolio, Vertiv appears underinvested in software. This is not just when compared with some of its equipment rivals, but also in the context of the overall evolution of data center management.

For years, Trellis was the centerpiece of Vertiv’s strategy toward more intelligent, more automated data centers.

The future of data center management will increasingly be predictive, automated and remote — thanks to sophisticated DCIM software driven by artificial intelligence (AI) and other big-data approaches. New developments such as AI-driven DCIM as a service are helping move smaller facilities, including at the edge, toward this vision. At the same time, DCIM deployed on-premises in larger, mission-critical facilities is becoming increasingly AI-driven, predictive, and able to assimilate a variety of data to extend real-time alarming and closed-loop automation. Schneider and Eaton, for example, both offer cloud-delivered predictive DCIM.

Several DCIM vendors are investing in more AI to boost the accuracy and remit of analysis. And earlier this year, Schneider said it was expanding development of its long-standing and comprehensive on-premises DCIM platform, EcoStruxure for Data Centers. (Schneider has also quietly standardized its tools and processes to make it easier to migrate other vendors’ DCIM data into its software, among other things.)

Meanwhile, it is clear that there is disruption within the DCIM market. Many DCIM specialists have gone to the wall as the market failed to live up to the initial hype. The latest sign of consolidation has been the acquisition of Nlyte by Carrier, to become part of cooling company Carrier's HVAC and building management division - yet another sign that it is hard to make DCIM work as a business. .

As one of the largest equipment and services suppliers to data centers, Vertiv, like its peers, does not need to be a primary supplier of software to succeed. However, DCIM is increasingly one of the most critical management levers available to data center operators. Major infrastructure product and service suppliers often view DCIM as a strategic product line – in part because it should increase the “stickiness” of their core business. More importantly, the software’s analytics and control features can show how a supplier’s broader offerings easily fit into an intelligent infrastructure.

DCD has been in touch with Vertiv and hopes to bring our readers more on this story.