If we want to avoid futile arguments like these, we need better IT carbon footprint measures

Data center operators in Amsterdam are facing a legal threat - over something their customers are doing.

The City of Amsterdam says it will fine data centers if they don't impose "sleep mode" on idle servers in their facilities. In response, the local operators have told the authorities, that these servers aren't their responsibility and threatened to sue the authorities if they try to fine them. 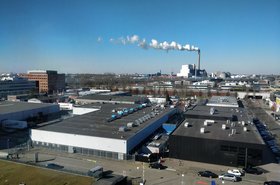 It's a bizarre impasse, and apparently the current war of words comes after two years of "discussion". .

It all began three years or more ago, when the Amsterdam authorities were responding to concerns about data centers' uncontrolled appetite for land and electrical power. As well as imposing a moratorium on new data center projects (that lasted one year), the authorities decided they wanted to see existing data centers running more efficiently.

The roots of the argument are tangled, and we're still getting somewhat conflicting accounts form different players, but here's what we know at this point.

The power management argument stems from a national discussion, separate from the Amsterdam moratorium. In 2019, a rule came in across the Netherlands, which requires servers in "smaller" data centers to use power management This "balanced mode" would ramp down the power when they were idle. This ruling apparently is presumably being applied to the organizations which manage the IT equipment - not to third party party data centers.

In 2023, the Netherlands plans to extend this obligation to "large and very large" data centers. The Dutch Data Center Association has pointed out that this is difficult, as the data centers don't not own the servers, and can't access their settings.

The Economy and Climate Affairs ministry was due to sign a Sector Agreement at an event on 27 January, with the DDA as representatives from the data center sector. The day before the event, called (ironically in hindsight) "Partners in Energy Challenges 2022", the environment agency, OD NZKG says "the sector representatives withdrew".

The DDA in turn accuses the authorities of breaking off talks. Stijn Grove, managing director of the DDA said the Environmental Inspectors didn't listen to explanations about who owns the servers, and "walked out a week before the initiative."

Whatever the cause of the breakdown, OD NZKG says it now has no choice."Now that the Sector Agreement has failed to materialize, enforcement, starting with the smaller datacentres, is the only open alternative for the OD NZKG," the agency told DCD.

OD NZKG argues that the urgency of the energy crisis demands that al of the Netherlands must cut energy use by 10 to 15 percent. pointing out that the world is heading for a temperature increase of 3C, not 1.5C - and seven percent of Dutch electricity is generated from Russian natural gas. "From the proceeds of this gas, Russia pays for the war in Ukraine," the environment agency said to DCD.

Though this is a national issue, it first cropped up in an announcement from the City of Amsterdam. The City said that, since discussions had failed between OD NZKG and the sector had failed, it had instructed the agency to enforce the ruling.

In response DDA has told DCD it is ready to fight this in court.

The DDA has also responded with an offer to pass the City's request on to its customers - asking them nicely to use economical power settings. Which sounds like an offer that could have been made right at the start of the argument. It's also an offer which would make the power svings very difficult to enforce, so it's no surprise to find this doesn't satisfy the authorities.

How did things go so badly wrong? How did the two sides spend two years apparently saying nothing?

And why did they not actually address the question of whether or not sleep mode could help? Nobody seems to have worked out how many idle servers there actually are in these data centers, and how much energy could really be saved if they were switched off. Maybe virtualization is ensuring they are all in full use most of the time. It's entirely possibly the non-argument is about a non-issue.

I believe that this argument is an example of a fundamental problem that will keep coming up - and which data center operators will have to face properly one day. Data centers are speaking about their energy use in ways which are completely adequate for the current climate emergency. And regulators have hard requirements which they cannot meet based on the data they get from the sector.

Data center operators still like to talk about PUE (power usage effectiveness), showing that they are delivering as much power to the racks as possible. That's become the way data centers compare themselves and, for lack of a better option, some administrations have accepted PUE. Amsterdam ended its moratorium with a demand that data centers should all operate within a PUE of 1.2. Norway's data center strategy likewise requires good PUE.

But PUE is just a ratio between two numbers, it's not an absolute value. And that won't help in arguments about the environmental impact of data centers. Speaking of this general, issue, not the specifics of Amsterdam.this week, Daan Terpstra, CEO of the Sustainable Digital Infrastructure Alliance (SDIA) said to me: "Why is this debate being fueled so much by opinions and emotions, rather than facts? In our assessment, it's a result of the fact that we are talking about ratios all over the place. Water usage effectiveness, power usage effectiveness. It's all ratios!"

Terpstra's colleague Max Schulze put it succinctly last month: "Using PUE to report on energy use? It's like trying to give a financial report based on ROI!". Any financial regulator would reject that idea. Financial reports need actual figures, not ratios.

"The use of those metrics and ratios, instead of actual numbers, leads to unverifiable claims," says Terpstra.

Because regulators are busy, and don't want to spend more time on any sector than they have to, it has been sadly easy to placate them with PUE. When the EU seemed likely to regulate energy use by the data center sector, operators got together to create the Climate Neutral Data Centre Pact, which put together a promise to become climate neutral, by using renewable energy, and meeting PUE targets. Top down regulations were averted, the pact became a "Self-Regulatory Initiative" under EU rules, and the sector will be left to its own devices.

But that sort of approach is increasingly seen as lacking. What about the embodied carbon in the data center, the Scope Three emissions from the supply chain? Microsoft's brave public reporting of its Scope 3 figures shows how devastatingly difficult these will be to mitigate - and the tragic link between economic growth and emissions

And what about the total power required by a sector which keeps growing? Everyone should be aware of the Jevon Parodox, which states that making something more efficient just increases the amount of that gets used. Because services running in data centers are cheap or free to the final end user, there's no limit to their expansion, and we cannot afford this.

"The green electricity that fuels the green PPAs that fuel the cloud, reinforcesthe idea that it's a green cloud, that green cloud computing is weightless - and it doesn't have an effect on the environment. That is incorrect," says Terpstra. "But the exact weight of the cloud is not known. We know how efficiently the electricity, the cooling and the water are being used. But in terms of actual liters of water, land use, kiloWatt hours of electricity? That is a no.".

Given the lack of real measures of the environmental impact of data centers. regulators and policy makers will reach for anything that exists, says Terpstra: "Anything that occurs, let’s grab that".

And then, whether it works or not, they will pursue it as a goal in itself. That seems to be what's happened with the Amsterdam authorities' demand for power management on servers .

The only way to get beyond this, is for the industry to come up with better measures, that give actual figures on energy use and environmental impact. This would enable what Terpstra describes as "data driven policy making".

Policy makers need actual data on what impacts data centers have, as well as the benefits they offer. They need to know, for a given application or process, what environmental effect it has. That requires data on the full stack of the cloud that provides it, including the Scope 3 emissions, and the embedded minerals and carbon in the hardware.

That's a problem of getting and managing data. Our industry, supposedly so data driven, really ought to be able to manage this.

For too long, the use of PUE has allowed operators to concentrate on efficiency outside the rack and conveniently ignore the impact of what goes on inside it. Over the last several years, there have been a few efforts to calculate the environmental impacts of software. Some of them are quite old, and most have not got visible results to point to.

The latest of these, from SDIA, wants to make an index that lets all services report their environmental impact upward, so software can be guided to the most appropriate rerouce. The Alliance has a Steering Group group on the subject, which is - unusually - open to non-SDIA members.

"Calculating the impact of the full stack will require hard work," says Terpstra. "It won't be perfect but it will be better than nothing."

If such a thing could lead to data-driven policy., instead of blind disagreements, then the whole industry could benefit - and so could the planet.