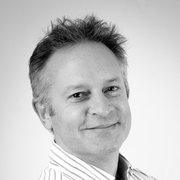 After enduring the seismic shock that will be remembered as the year 2020, many business sectors enter 2021 facing financial uncertainty and the prospect of limited growth amidst a likely national slowdown. This unfortunate reality may see projects and plans hindered, delayed or even cancelled as cost-cutting measures take hold.

In a worst-case scenario for IT departments, this can manifest in a number of ways. Smaller budgets could mean a halt to expansion, reducing orders for new equipment and fewer staff.

But even in these uncertain economic times, IT is still part of the fabric of any modern organization, and it will have to remain business as usual to enable trading to continue. That includes all backend systems, client computing, accounting, security, and data storage. But it’s likely we will all be asked to do more with less.

Time for a refresh

Where productivity is being directly affected by IT hardware that is approaching the end of its lifespan, the decision may come to upgrade rather than replace some or all affected hardware.

If you were considering a costly investment to equip a department with new laptops, for example, you might be able to drastically reduce the expense by repurposing some or all of the existing computers in your organization.

New, faster storage and additional memory for existing computers are upgrades that can reduce outlay on new infrastructure, but still a way to improve performance and efficiency for your staff.

One of the biggest problems with older client computers comes from running Windows with only 4GB (or less) of system memory. When running more than a few applications at once, a lack of system memory will regularly use the swap file on the main drive. If that main system drive is a traditional hard disk, the computer will effectively grind to halt, becoming less responsive and won’t be returned to full performance until the process is complete.

An upgrade for these older computers to 8GB of system memory will drastically improve responsiveness through less use of the swap file, particularly when multi-tasking, leading to better overall performance, and make life less frustrating for staff. And it costs significantly less than investing a new laptop.

Likewise, replacing a traditional hard disk with an SSD results in much quicker Windows boot and application load times, which can again improve responsiveness considerably. This can go a long way to solving frustration with older computers, so team members will be able to get on with their jobs easier. What’s more, compared to their hard disk counterparts, SSDs offer better reliability, cooler and quieter running all while consuming less power.

These two upgrades depend on compatibility, and how easy it is to perform hardware upgrades on your older computers. Granted, it might make more sense to replace truly ancient PCs entirely, but if you can, upgrading the system memory and main storage device is like a breath of fresh air for performance and will lead to much quicker responsiveness, without the expense of buying all-new equipment.

But even though 2021 may mean IT departments are challenged to tighten the purse strings, performance and responsiveness aren’t the only areas of client computing that need continued attention. Data security in particular is now crucial for any business, and cannot be neglected at all, even if budgets are reduced.

The human factor is a major aspect of all forms of IT security, through lost or stolen devices. Laptops, USB flash drives and hard disks with crucial and confidential information are all too easy to misplace. And while there are widely known laws on information security such as GDPR that every single organization must adhere to, there are further legal bindings that make it a really bad idea to leak customer information.

If a laptop is lost, it’s easy to replace the hardware, but confidential data is not something that you can get back quite so easily. To protect it, the best and most straightforward solution is to deploy device encryption technology, walling off the storage so that if a thief gets their hands on a laptop or hard disk, you can be sure they won’t be able to access the information.

This can be done via enabling encryption built into MacOS and Windows, but software encryption incurs a processing performance hit and can slow down a computer, particularly when used on external storage devices.

Alternatively, hardware encryption built directly into a storage device shifts the load away from the computer and keeps data secure in the background. If someone accesses the device, the files are still protected and unreadable without the correct credentials.

Neil Cattermull, Director at The Future as a Service and key security influencer, agrees, “hardware encryption built into the drive itself offers better overall performance and more robust security, period. This is something that Kingston do very well.”

Hardware encryption offers more robust security measures since the encryption and authentication process stays within the SSD itself, rather than separating it from the rest of the system. The time it takes to encrypt/decrypt an SSD is far shorter when using a hardware-based encrypted SSD than when using software encryption alone.

Taken together, 2021 could be a great time to consider simultaneous improvements to data security and better storage performance. Choosing to upgrade an older laptop or desktop with an SSD that has built-in hardware-based encryption not only improves performance without the need to invest in an entirely new computer, it’s a way to roll out encryption across an organization, even on older devices.