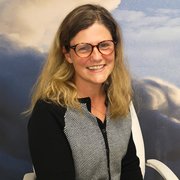 Astrid is the sustainability lead at Techbuyer

If data is the new oil, then the data center industry is the new drilling sector. At the front line of extraction and processing, it is in the firing line for all downstream impacts too. Subscription software providers, search engines and social media networks will be used to this. For those in the sector that do not even own their own servers, it is a bit of a shock. However, this is where the sector finds itself and likely ever more so in the coming years.

The month of COP

Many people in the industry will have heard of the demonstration that briefly shut down a Data Centres Ireland event earlier this month. Datacenter Dynamics reported that the protesters, who carried Extinction Rebellion banners, were calling for a halt to new data center builds. They accused the sector of exhausting energy supply, gobbling up renewables and delaying the phase-out of gas generators. 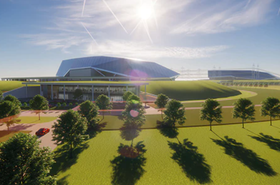 Data centers need a steady source of power, with no greenhouse emissions. Could nuclear power be the answer?

Data, digital, connectivity and compute power are the drivers for our clean energy revolution. They are also significant energy and materials users themselves. This puts the sector in a privileged yet challenging position.

The true cost of digital

Extinction Rebellion banners are a reminder that carbon is not our only problem. Extracting hydrocarbons destroys habitats and creates toxic biproducts; mining also creates the same issues. The materials associated with digital are eye-watering. ICT contains pretty much every element in the periodic table, along with a good proportion of the EU’s Critical Raw Material list. Some elements (cobalt, tantalum and the rest) are predicted to run out in decades. Others (copper, lithium) have doubled or nearly doubled in price over the last year.

Water usage in electronics manufacture is significant (server production requires 2500 litres, the equivalent to two years of the average adult’s intake). Meanwhile, air emissions include heavy metals, particulate matter and persistent organic pollutants. We will leave the destruction costs out of this for the sake ofbrevity. Besides, as friends inside the industry point out, carbon is our immediate existential threat.

The energy cost of digital

EirGrid has reported that data centers currently use 12 percent of electricity in Ireland, with the potential to use 21-30 percent by 2030. This is significantly higher than the global figure – 1-2 percent of global energy usage – according to commentators.. The growth of hyperscale is significant 597 hyperscale data centers were in operation globally at the end of 2020, with 219 – a two thirds increase – in the planning stages.

Digital as a whole accounts for somewhere between 3-5 percent, and this percentage will increase according to think tank The Shift Project .This is not surprising given the amount of time we now spend online. Ofcom’s 2021 Online Nation report says the current average is 3 hours 37 minutes a day (up from around 2 hours 57 minutes in 2017). Online television services add around 1 hour 10 minutes onto this, with significant energy cost.

Comparing digital energy usage with data center energy usage is interesting because it suggests how much consumers are in control of making positive change. If we take Shift Project calculations , this energy use can be split into broad categories. 45 percent is “embodied”, or from the production of devices (TVs, computers, smartphones and others), 36 percent comes from the usage of networks and terminals, and 19 percent from data center operational usage. If this is true, it means that society can affect a lot of these with educated choices: avoid buying new devices to reduce the 45 percent; choose energy efficient networks for online behaviour to reduce the 36 percent..

Data centers – the remaining 19 percent - are the black box on this. We need to open it.

2021 has seen a number of high-profile organizations work towards this. Relative new-comers Sustainable Digital Infrastructure Alliance and Climate Neutral Data Centre Pact are working with established players like Free ICT Europe to respond to and influence sustainable legislation at EU level. Non-profit membership organization Cigref promotes the concept of “digital sobriety” in France. The DCA is writing a sustainability best practice handbook for its members in the UK. At the same time, Microsoft, Google, AWS and the like are issuing their own sustainability pledges and internal analysis.

Society can affect a lot of change by avoiding new devices and choosing energy efficient networks. Data centers are the black box on this. We need to open it

None of this seems to do much good in the eyes of the critics, who accuse the sector of “greenwashing”. Part of this relates to transparency. A lack of standardized reporting means that people are unable to compare one service with another. We need to collaborate and agree on (even imperfect) metrics if we are to improve. We also need to publish progress on simultaneous fronts. Rather than highlighting Net Zero pledges, we need to demonstrate energy use reductions, reduced materials consumption and lean software systems.

This is not easy, but tools are being released to help energy efficiency and circular economy decision making. The Interact tool launched this year accurately measures the energy draw of new and refurbished server hardware of all makes and models. Tools from Dell and HP offer similar tools for their new products. The Ecoqube software optimises energy associated with M&E. On the materials side, the Interreg funded CEDaCI project is about to launch a Circular Data Centre Compass for design, refurbishment and recycling analysis. The sector now needs to gather these tools and thinking and plan a way of integrating them into mainstream practice.

Add into this the growing number of data centers providing heating to the local community in Northern Europe, reducing water usage with liquid cooling and delivering essential services and the picture looks bright. The challenge is turning this into something that is seen to work in 3D. The world is relying on digital and data centers to deliver on a sustainable solution. The trick is delivering this in as sustainable way as possible.