Carbon-zero: Towards a clean hydrogen economy 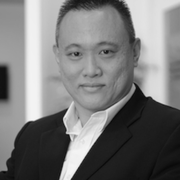 It is widely known that data centers are critical infrastructure that support the growing digital economy. Trends such as cloud adoption, smart technologies and 5G deployment have increased the need for data storage and processing. As a result, the data center industry is poised for greater growth than ever before.

However, data centers must also address key concerns such as energy consumption and take active steps to reduce carbon footprint for sustainable growth.

Conventional data centers, which are powered by the national grid, can only be as green as the fuel source for electricity generation. As companies and governments around the world pledge carbon neutrality, changing the fuel source alone will not be enough for the data center sector. Going carbon-zero requires re-thinking the operating model, including going upstream in energy production to consider the adoption of greener fuel sources such as hydrogen and the development of its ecosystem. 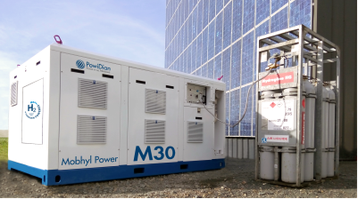 The case for hydrogen

As an energy source, hydrogen has distinct advantages – it is the most abundant element in the universe and has the highest energy per mass of any fuel by weight. However, for hydrogen to truly be a green fuel, it must be produced in a way that does not result in carbon emissions, which would otherwise negate the carbon savings.

There are four classifications for hydrogen:

Currently, most of the hydrogen produced industrially is grey. However, there have been encouraging developments in blue hydrogen, where companies have furthered the advancement of CCS technologies into Carbon Capture, Utilisation, and Sequestration (CCUS) technologies, which explore the use of captured carbon in industrial applications.

The best long-term solution for the data center industry is to embrace green hydrogen but there are challenges that currently prevent its widespread production and adoption, such as the high cost of renewable energy production and the lack of infrastructure to procure, store and transport hydrogen. Achieving affordable green hydrogen will require long-term coordination and tripartite partnerships between governments, industry players and investors around the world.

The ecosystem shift towards a clean hydrogen economy has begun

Although we are still a long way from a developed green hydrogen economy, the ecosystem has already started to shift. Global policy changes and technology innovation are facilitating the development of green energy industries. Hyperscale cloud providers such as Microsoft, Google, and Amazon have announced 2030/2040 climate roadmaps to be carbon-free, while countries such as China have pledged carbon neutrality by 2060.

In addition, Australia and other Middle Eastern nations are also actively looking into the development of green hydrogen projects, aided by the abundance of renewable energy such as solar and/or wind in these territories. These developments bolster the supply chain economics of green hydrogen.

The data center industry is a technology and demand driver

Operators play an important role in driving the adoption of hydrogen. Keppel Data Centres (Keppel DC) has developed strategic partnerships with Royal Vopak, Mitsubishi Heavy Industries, as well as City Gas and City-OG Gas Energy Services to explore the feasibility of hydrogen-powered tri-generation data centers. This technology may benefit the floating data center park project in Singapore that Keppel Data Centres is currently pursuing, which harnesses the expertise of the Keppel Group to develop a solution that alleviates land, water and energy constraints of traditional data centers.

The data center industry is also a pioneer of new engineering technology to drive infrastructure transformation. Global companies are actively exploring the viability of hydrogen. For example, Microsoft announced its successful test of powering a row of servers with a 250kW hydrogen fuel cell system, with plans to scale up testing to 3MW.

With growing demand, the data center industry may be a catalyst for the hydrogen economy where it stimulates supply chain transformation. Equipment manufacturers have started working towards developing 100 percent hydrogen-fuelled gas turbines, which are expected to be ready as early as 2025. The initiatives and progress in green hydrogen technologies are very encouraging.

As the costs of hydrogen fuel cells and renewable energy production continue to decrease, operators are well-placed to adopt this technology in the construction of new data center builds. This involves a re-thinking of design, energy sources, storage, equipment and maintenance. The role of governments will also be crucial in developing regulatory frameworks and promoting the development of hydrogen infrastructure.

As the data center industry progresses towards a green hydrogen future, one thing is for certain. Industry partners across the value chain as well as governments must take a bold step together and engineer a solution that works for the entire ecosystem.