Batteries lead the charge for a better grid 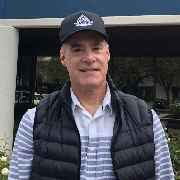 Jack Pouchet is the vice president of sales at Natron Energy

In future, energy will be stored in huge concrete towers and underground compressed air vaults. For now, batteries are still the best option for data centers

The increasing deployment of renewable energy systems is leading to greater grid instability, demand for additional grid services, and local energy storage. Data center owners and operators have an interesting opportunity to add stability to the grid, add new revenue models for internal and external clients, and add new levels of resiliency to their operations all with ‘new’ energy storage systems. Although ‘new’ is perhaps not much more than new approaches to existing proven systems - albeit with innovative chemistries.

When it comes to energy storage, the news media and corporate board rooms are enamored with swashbuckling energy storage plays like ‘I’ll ship you 100MW in 100 days’ and Popular Science cover projects such as giant concrete blocks, caverns of compressed air, and nearly perpetual motion machines. But when we look behind the curtain, we find that there are several practical energy storage systems commercially available today that may align well with the power profiles required to sustain our mission-critical applications. 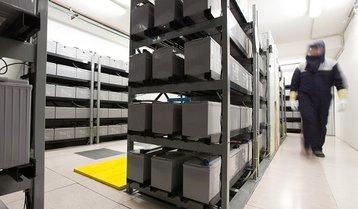 Breaking it down - what type of storage requirements are there? Or how do we describe our power profile: Power (kW), speed, acceleration, and duration (kWh). Think of it as ranging from ultracapacitors for 10 to 30 seconds all the way to months in duration from pumped hydro. From a power profile, we may need 100 percent of the available power immediately and for as long as it will last, as in batteries.

From a storage perspective speed refers to the rate at which the storage system reaches full power capacity. Instantaneous in the case of ultracapacitors and certain battery chemistries to ten minutes or more when speaking of gravitational/compressed storage systems.

Acceleration refers to peak loads/highly variable load profile and the ability of the energy storage system to provide bursts of power as and when needed.

In the data center world, we prefer to control our destiny. Hence the reliance on closely coupled batteries and on-site generators. Although the combination of new, nonflammable energy storage systems of varying energy capacities coupled with alternative energy resources that can be dispatched in seconds (fuel cells) or minutes (turbines) may change the standby generator status quo. More on diesel as a convenient energy source later.

From a technology perspective we are seeing renewed interest and innovation in gravity and pumped/compressed media systems. This is in large part due to their respective abilities to store energy in high capacity - albeit not necessarily in overall high density. In the case of pumped hydro (technically gravity for generation) this could be in GW months.

On a global basis 95 percent of today’s stored energy is comprised of Pumped Hydro Electric Storage. Unfortunately, we won’t see many new large-scale PHES systems due to challenges from environmentalists and lack of political willpower.

Large inertia and compressed gas systems certainly draw media attention. Their practicality has yet to be demonstrated, but there are real examples where these apparently sci-fi concepts have come to life.

For instance, Energy Vault, a Swiss/Californian startup has proposed a system to store gravitational energy that does not require flooding a valley with a dam. The company’s “energy tower” has a six-armed crane, which raises and lowers giant 35-tonne concrete blocks in a 35-story tower, storing and retrieving electrical energy from the grid. It’s still at an early stage, with a one-seventh scale prototype but it has had $110 million investment from the Softbank Vision Fund.

In Australia, the Hydrostore project has had some AU$9 million from government sources including the Australian Renewable Energy Agency (ARENA) scheme, to develop an underground compressed air storage facility, at the abandoned Angas Zinc Mine near Adelaide. The Advanced Compressed Air Energy Storage (A-CAES) project will cost $30 million in total, and should be able to hold 10MWh of energy, and deliver it at a rate of 5MW, synchronized and regulated to be compatible with the local electric grid.

The system uses surplus electricity (off-peak or from renewable sources) to compress air which is stored underground, kept at pressure by water displaced into a reservoir. During discharge, the water flows back and the expanding air turns a turbine to deliver electricity. To increase efficiency, the heat released during compression is stored, and used to warm the air again during expansion.

These kinds of systems have the potential to store a large amount of energy for perhaps four to 24 hours. However, their power profiles are not instantaneous. They do not go from zero to 100 percent (or more for peak loads) of capacity quickly and will require batteries at or near the load for bridging purposes.

A tower in the desert could add value in a blended, smart-grid ecosystem - so long as it doesn’t shade the solar field or block the wind turbines. Compressed gas in an abandoned mine could do the same. Just don’t plan on one near your data center any time soon.

Coming back down to earth, the vast majority of venture capital and government funding (grants to companies and academia research grants) goes towards R&D associated with batteries.

This tends to be clustered around a few hot subject areas including chemistry, with lithium still top of the list, anode/cathode chemistry and material science, break-through approaches such as thermal batteries applications like EV Fast Charging.

There is a simple reason for all the interest in batteries: they work!

And this includes the tried-and-true lead-acid battery, which is not going away any time soon. The lead-acid battery is well known, the characteristics and life-cycle well understood, it can be relatively inexpensive, and it is the easiest material to recycle with over 90 percent of the lead in new batteries derived from recycling. On a global basis, lead-acid batteries are already providing somewhere on the order of 15 minutes backup for four to eight percent of the grid. Perhaps more when we include legacy telco and industrial plants with half-hour to four-hour backup requirements.

Batteries receive the greatest amount of investment and R&D for energy storage systems. Most of the focus is on lithium-based batteries seeking new chemistries that reduce the use of rare earth and conflict minerals, reduce the potential for fire and explosions, improve electron flow through the cathode and anode (reducing fire and explosion risks), manufacturability, and supply chain improvements.

In summary, the energy storage market will continue to see significant financial investment. There will be exciting announcements of incredible engineering projects, and headline news of huge battery plants. In the meantime, the data center will continue to deploy practical systems based upon lead-acid, lithium, and sodium batteries and back them all up with diesel gen-sets as diesel fuel remains the best energy source for continuous operations once the batteries expire.