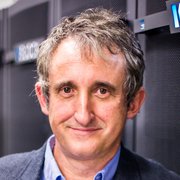 The entrance of The Digital Markets Unit (DMU) as a new UK regulator earlier this year is a significant step forward towards ensuring increased competition and more innovation online. The DMU, based in the Competition and Markets Authority (CMA), will oversee plans to give consumers more choice and control over their data, and intends to foster online competition. The idea is also to crack down on unfair practices which can often leave both businesses and consumers with limited options at a greater expense when it comes to goods and services. 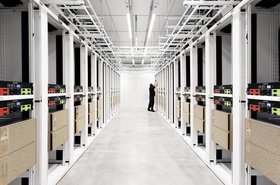 The UK government is rightly concerned about Big Tech’s market dominance and the DMU will initially focus on getting a better deal for consumers and others that depend on the online platforms. Most recently, it has been announced that the CMA will have a say in Google’s plan to remove third-party browser cookies that track people online. This means the Authority has successfully secured commitments to address concerns about the proposal, which is encouraging.

It’s clear that online platforms bring great economic benefit to businesses as well as society more broadly, but the general consensus is that the concentration of power is currently still too great among a small number of privately-owned organizations. Back in November 2020, the government set out its plans to introduce a new unit to tackle the issue by enforcing a pro-competition regime to cover platforms with considerable market power, or ‘strategic market status’.

The issue remains front of mind as progress can be seen with the Google example – there must be more action taken to level the playing field and allow for more choice in goods and services via digital platforms. According to recent analysis, this move from the CMA towards Google nods to the organization’s growing role in scrutinizing major US tech firms. I wholeheartedly support the need for the DMU. Given its position within the CMA, I, and many others, hope and expect that the DMU will continue to expand its role to look at the impact Big Tech is having on smaller, mid-sized UK companies, which must be given opportunities to demonstrate their considerable capabilities and compete on a level playing field, in turn, generating wealth, revenue and employment within and for the UK. A diverse marketplace hosting a wide range of players is what the nation needs to help reset and rebuild, underpinned by a thriving digital economy.