Virgin Media data center in Leeds for sale for £7 million

A mixed-use building, including a data center used by UK telco Virgin Media, is for sale in Yorkshire, UK.

Temple House in Leeds is for sale and available for offers in excess of £7 million ($9.9 million). 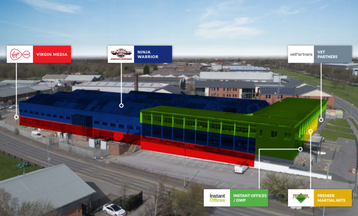 As well as the Liberty Global-owned telco, other tenants on the site include Ninja Warrior, Instant Managed Offices, Vet Partners, and Premier Martial Arts. Last month Fox Lloyd announced the property was now fully leased, with Ninja Warrior and Instant Offices recently taking out leases. The current tenants pay a combined rent of £566,000 ($801,000) per year.

“This has been an interesting scheme to pull together as we have had wide-ranging interest from many different sectors due to the strength of the location and the flexibility of the spaces. To generate rents well in excess of £550,000 per annum from a mix of uses is very satisfying, particularly as all deals have been done in lockdown.”

The new JV will operate more than 100 Edge data centers across Europe, taking over Liberty Global's data centers but keep Liberty companies – including Virgin – as anchor tenants. It’s unclear if Temple House would be included as an AtlasEdge facility.

Liberty Global is also in the midst of merging Virgin Media with Telefónica's O2. The UK’s Competition and Markets Authority (CMA) recently approved the £31 billion deal, which will create a 50:50 joint venture between Liberty Global and Telefonica and have some 46 million customers.