The deal is expected to close in Q3 2021, subject to the customary regulatory and merger control approvals. Initial commentary expresses some doubts about the level of Edge demand, however.

A big bet on the Edge

The new company will be led by executive chairman Josh Joshi, former CFO of Interxion and Telecity.

AtlasEdge will take over Liberty Global's data centers, and launch with several Liberty Global operating companies as anchor tenants. In the UK and Ireland, it will host Virgin Media, in Switzerland it'll host Sunrise-UPC, and in Poland it will host UPC.

How will the digital infrastructure ecosystem adapt to a compute revolution at the edge?

"The proposed joint venture presents significant growth opportunities as we look to build this business into a leading European Edge data center operator. Furthermore, since several of our operating companies will become anchor tenants, Liberty Global customers will also benefit from better and more responsive services.”

"The big idea is to rent AtlasEdge's facilities for the rollout of "edge" services, much as towers are rented by their owners to mobile service providers," commented Iain Morris on Light Reading. "As a possible fundraising exercise, this would carry obvious benefits for Liberty Global, one of the industry's worst-offending debt junkies. With about $28 billion in net debt on its books at the end of March, its borrowings were equal to about five times what it makes each year in basic earnings. Most of Europe's big telecom incumbents report ratios of between two and three.

"But the prospects for AtlasEdge could hinge on how much infrastructure is really needed to support new edge services. Incumbents such as BT and Telefónica have previously talked about using hundreds or even thousands of smaller nodes to cut journey times. Yet Vodafone, which is due to launch an edge service in partnership with AWS, believes only a few would be needed in a country of the UK's size. On top of that, there are still hardly any examples of applications that require such low latency."

Liberty Global is in the midst of merging Virgin Media with Telefónica's O2, which would potentially add another customer to AtlasEdge should regulators approve the $38bn deal. Since 2016, Liberty has been a major European customer of EdgeConneX, serving as an anchor tenant at its main London data center and in smaller facilities around the UK.

“The proposed joint venture will unlock the growth potential of Liberty’s digital real estate holdings and capitalize on the emerging demand we are seeing for Edge compute across Europe," Digital Colony's CEO Marc Ganzi said. 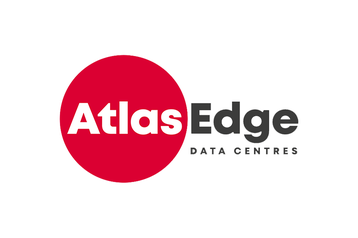 Despite only launching in 2017, Digital Colony has established itself as one of the largest owners of digital infrastructure after a series of aggressive acquisitions.

Ganzi ran a similar fund called Digital Bridge, which Colony acquired in 2019. It owned data center company DataBank, which went on an acquisition spree - among them Indianapolis-based LightBound, PNC Bank’s data center in Pittsburgh, two data centers from 365 Data Centers, another from Stream Data Centers, and all of C7 Data Centers.

Digital Colony then partnered with EQT Partners to acquire Zayo for $8.2bn in cash, and then sold off the company's zColo data center business to its own DataBank subsidiary.

Earlier this year, the group raised $4.1 billion for a second fund, and quickly invested nearly a quarter in Landmark Dividend, giving it over a dozen more data centers.

The new Edge company is "an opportunity for us to apply the entire Digital Colony value-add playbook, leveraging our operating expertise, strategic M&A capabilities, and access to institutional capital in partnership with a world-class organization like Liberty Global," Ganzi added.