The facility in Legacy Business Park, known as DFW3, is located on a 16-acre site and offers 60,000 square feet of white space, which could be doubled in the future.

The financial details of the transaction were not disclosed.

Earlier this month, DataBank announced that its CEO Tim Moore was retiring, to be replaced by experienced data center executive Raul Martynek. 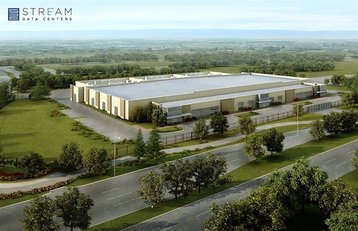 In 2016, the company was acquired by Digital Bridge, an investment fund that focuses on telecommunications infrastructure. The new owners proceeded to make multiple acquisitions and integrate them into the DataBank business, including the entire C7 Data Centers portfolio and two facilities from 365 Data Centers.

It will be interconnected with DataBank’s nearby data centers in Downtown Dallas and Richardson to provide backup and disaster recovery options.

“This new flagship data center represents our largest and most advanced facility in the Dallas area,” Martynek said. “The continued demand for quality data center space in North Texas by both our existing enterprise and content customers made the investment-case quite compelling. We are excited to be bringing the facility on-line in October of this year.”