A man who set fire to a Vodafone 4G phone mast, believing it supported 5G and was linked to coronavirus, was jailed for three years on Monday.

Michael Whitty, 47, from Kirkby, near Liverpool, set fire to the equipment box of a Vodafone mast in his hometown on April 5.

The father-of-three runs a company providing parking facilities near Liverpool's John Lennon Airport. He pleaded guilty at Liverpool Crown Court on May 18.

He appeared back in court on Monday, June 8, for sentencing. 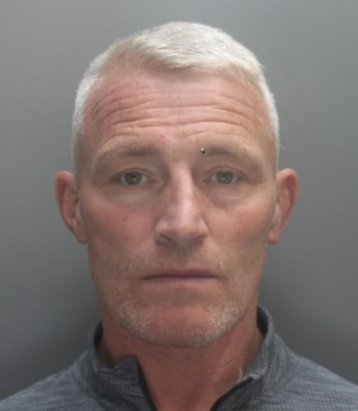 According to the Liverpool Echo which covered the crime, a witness said three men were seen fleeing from the mast. The witness did not see how the fire started but was able to put it out before any first responders arrived.

The fire was started inside the mast's equipment box which had been forced open.

Firelighters and a pair of partially burnt gloves were found at the scene which had Whitty's DNA on them.

On April 17, police arrested Whitty at his home on Perimeter Road in Kirkby where they carried out a warrant for his arrest.

According to Whitty's search history on his phone, police found that he researched conspiracy theories about the "dangers" of 5G and discussed it with others in online chat rooms.

Photos and videos of other phone masts around Liverpool were also found.

Vodafone said the damage was valued between £10,000 and £15,000 and took 11 days to fix the mast, with many local Vodafone customers having poor service or no service.

Defense lawyer Andrew Alty said Whitty was worried about the potential dangers linked to 5G masts. Alty said: "That view may or may not be correct, time will tell. He acknowledges his response was wrong and disproportionate."

Many conspiracy theories incorrectly claim that 5G is dangerous due to radiation from telephone masts, with some theories suggesting Covid-19 was a mutation caused by said radiation. This is not true.

Such theories have been helped along in Britain by celebrities, most notably Britain's Got Talent judge Amanda Holden.

The fears have gotten so out of hand that it eventually prompted the head of BT to attack celebrities like Holden for spreading “nonsense” fake news.

This was after more than 20 attacks on London phone masts, equipment, and engineers.

According to the Evening Standard, barbed wire was erected around masts and some have been set on fire in parts of Ealing, Rainham, and Upminster.

BT CEO Philip Jansen said: “Celebrities like Amanda Holden are hugely influential and need to be very careful what they share on social media. People listen to them and will do so even more in such uncertain times.

"Spreading misinformation about 5G is potentially very damaging, is causing real issues for my people, and has got to stop.”

Holden deleted the tweet and said she accidentally shared the anti-5G petition.

No 5G mast was harmed in the making

A Vodafone spokesperson told The Register that the mast was actually only 4G, not 5G.

Vodafone said: "We are extremely grateful to both Merseyside Police and the Mersey Fire and Rescue Service. The mast that was targeted provided 4G services to our customers in the area – attacks like this one deny vital connectivity to people, at a time when they need it most."