Yandex shares are down 71 percent following Russia's invasion of Ukraine

Search and cloud company has its worst week on record

Shares in Russia's largest tech company Yandex are down 71 percent compared to February 16. They dropped 54.4 percent directly after the invasion of Ukraine on February 23.

The dramatic fall comes as part of a wider collapse of Russian stocks as investors fear growing turmoil and state sanctions. 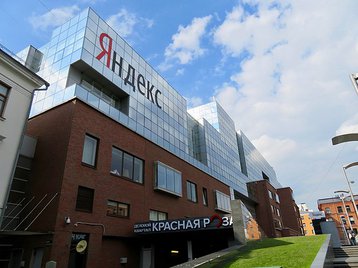 Yandex launched a public cloud service in 2018, initially for its home country. Last year, it announced it would expand into Germany in 2022. We have contacted the company for more on the status of the expansion.

Yandex.Cloud's 2021 revenue hit around 3 billion roubles ($41.1m) - small compared to western cloud providers, but triple what it made the year before.

For its search, maps, and self-driving business, the company also operates data centers in Finland.

Yandex has a roughly 42 percent share of the Russian search engine market, serving tens of millions of citizens with Google-like services (although the company is often quick to point out that its search engine launched a year before Google).

Given its control over access to information, and mass data collection, it has always had an uneasy relationship with the authoritarian government of Russia. 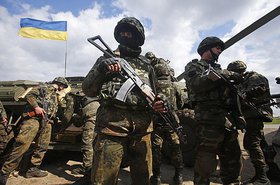 In 2019, it agreed to a restructuring that created a Kremlin-backed 'Public Interest Foundation' that has the power to block transactions and temporarily remove Yandex’s management if it is in the national interest.

That year, Yandex refused a request by the Russian Federal Security Service (FSB) under the Yarovaya law to surrender encryption keys that could decrypt private email and cloud data. After Maxim Akimov, Deputy Prime Minister of Russia, threatened action, the company said that it would hand over the data without giving the encryption keys.

Such changes have led to growing suggestions that Yandex is falling under the control of the Russian state. This puts it at risk of Western sanctions, as governments seek to punish Russia for its invasion of Ukraine.

Even if the company is not itself sanctioned, its cloud business will likely suffer from the knock-on effects of a weakened Russian economy.

The US has also mulled blocking exports of semiconductors to Russia, which would make Yandex operations difficult. Update: More on the chip sanctions here.

The week before the invasion, US Deputy Treasury Secretary Wally Adeyemo said that the US could “cut [Putin] off from Western technology that’s critical to advancing his military.”

Yandex has been blocked in Ukraine since 2017.