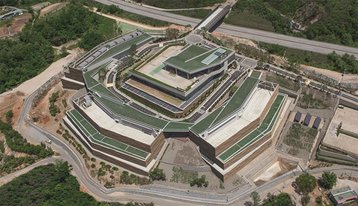 Customers of Naver Business Platform (NBP) in Korea should be able to deploy their services in Russia on the Yandex.Cloud, and vice versa.

The partnership will ensure that users are compliant with local data storage regulations, the companies said, and will mean customers can get support from their "home" platform when discussing services in the other country.

Yandex rolled out its cloud platform last year, offering a service aimed at Russian businesses and international companies trying to comply with Federal Law No. 242-FZ. The law dictates that foreign businesses that handle the personal data of Russian citizens have to keep this data on servers located in the country.

Eventually, the company does plan to expand beyond its home country. In an interview with DCD in November, Yan Leshinsky, chief 'cloud-keeper' at Yandex, said: “We’re younger and smaller than dominant international players, but we do see that there are some markets that are priority for dominant players, and other markets are underserved – and these would be the markets we target first.

"For example, we will not expand into the US or Western Europe, but Eastern Europe, Middle-East, Far East or South America are the markets we are considering. It’s still early days.”

Naver, meanwhile, is facing increasing competition on its home turf. It launched its cloud service in 2017, and will next year open a 480 billion won ($420m) data center next year, but is going up against well funded rivals.