Rostelecom opens a data center next to a nuclear power plant, could be Russia's largest in 2021

Rostelecom Data Centres has launched commercial services for its Udomlya data center, set on the grounds of the Kalininskaya Nuclear Power Plant in Tver, Russia.

The facility is a joint project between Rostelecom and state-owned nuclear energy company Rosenergoatom. In an announcement post, Rostelecom claimed 48MW of power capacity and space for 4,800 racks in its first phase, which would make the data center the largest in Russia.

However, the actual product page for the facility makes it clear that this won't be achieved until 2021. The page shows that currently 820 racks are available for customers, in two halls of 410 racks each, across two floors, with 13.3MVA of installed capacity.

The page notes: "By the end of 2021, the number of racks will increase to 4,000." This is the number Rostelecom eventually wants to offer to external customers, with an additional 800 racks for Rosenergoatom's internal use, adding up to the 4,800 total quoted by Rostelecom. 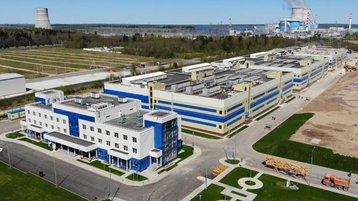 “The Udomlya DC is the most ambitious project in our strategy to create a national geo-distributed network of data centers," Pavel Kaplunov, VP for cloud services at Rostelecom, said.

"The partnership with Rosenergoatom has enabled us to create a unique facility in terms of security, scale, electricity tariffs. The demand for cloud services is growing rapidly: Rostelecom’s revenue from data center services is increasing by 30 percent year-on-year.

"Russia's largest data center will enable us to meet the growing demand from state and corporate customers while offering attractive market rates. Our fully-fledged cloud service allows clients to use computing infrastructure on-site, to provide customers with ready-made solutions and guaranteed quality.” 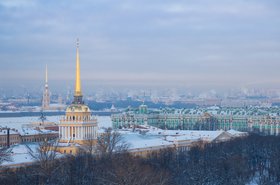 A cloud for Russia

As Yandex finally enters the public cloud market, what should we expect from the Russian Internet giant?

In 2016, this deadline was reaffirmed by Sergey Kirienko, then-CEO of the Rosatom State Corporation, during a visit to the power plants (he is now first deputy Chief of Staff of the Presidential Administration).

Evgeny Goncharov, CEO of contractor CHD Engineering, added: “As of now, all 0 Phase works at three buildings have been completed. We have also constructed the security station building, while the administrative and service building is 50 percent complete.

"The first construction stage where we are to finalize three buildings and to connect them to the electric substation is planned to be over in summer 2017. By March 2018, we are to erect the rest of the module center’s buildings.”

At the time, the companies said that the data center would also be used to for government workloads. Igor Rudenya, governor of the Tver Region, said: "Next year, when this center is launched, we will move the Tver Region database in it, which will bring the regional government into the brand new operational level, help to automate document management processing and financial flows. We are very excited about this perspective."

The site will be powered - at a reduced electricity rate - by the adjacent nuclear reactors, with four units each capable of producing up to 1,000MW. Last month, three of the four units were disconnected from the grid. Two disconnected due to a short circuit on the 750 kilovolt open switch gear, while the third had issues with the condenser seal used in a turbine. "Nothing is wrong with the radiation background, there is no equipment damage," the NPP Public Information Center claimed.

Udomlya is just a part of Rostelecom's data center ambitions, as aggressive data residency laws have forced businesses to invest in Russian data storage to continue to operate in the country.

The company currently operates 39.3MW of data center power capacity across the country, primarily from three facilities in Moscow. In Febrary 2019, Rostelecom announced it aimed to acquire DataLine, the second largest hosting provider in Russia, after Rostelecom. The deal was cleared by Russian federal competition regulator FAS the next month.

With eight data centers across two Moscow campuses, it operates some 4,787 racks.