Vodafone has sold off some of its Vantage Towers unit, creating a new joint venture with KKR and Global Infrastructure Partners (GIP) in the process.

The deal, which values the towers unit at €16.1 billion ($16.1bn) gives the operator €3.2 billion ($3.2bn) in minimum net cash proceeds, which the operator will use to pay down its debt. The transaction will have to get regulatory approval and is expected to close in the first half of 2023. 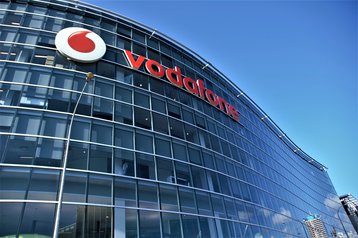 The deal could net Vodafone a maximum of €7.1 bn ($7.1bn), although this is dependent on the take-up in the voluntary takeover offer and subject to GIP and KKR raising further equity before closing to increase their stake in the JV to 50 percent.

Vodafone currently has an 81.7 percent stake in Vantage Towers, but this figure will deconsolidate once the transaction has been pushed through.

The operator has been seeking to shift its towers unit for some time as it attempts to ease its debt pile. Vodafone's Vantage Towers unit was floated on the Frankfurt stock market last year, as CEO Nick Read pushed for a deal that would have seen Vantage and Deutsche Telekom's mast divisions merge. Deutsche instead opted for a deal with Brookfield & DigitalBridge, selling a 51 percent majority stake.

KKR was at one point in competition with Cellnex to buy the unit, but now has a majority stake in Vantage Towers, with the help of GIP.

Shortly after the announcement shares in Vantage jumped by 7.8 percent, noted Reuters, while Vodafone says that the transaction delivers a valuation of €32.0 ($32.0) per Vantage Towers share to the company.

"This is a landmark moment for both Vodafone and Vantage Towers," said Vodafone Group chief executive Nick Read.

"This transaction successfully delivers on Vodafone’s stated aims of retaining co-control over a strategically important asset, deconsolidating Vantage Towers from our balance sheet to ensure we can optimize its capital structure and generate substantial upfront cash proceeds for the Group to support our priority of deleveraging."

Is the tide turning for Vodafone?

Read has been under pressure from Vodafone's shareholders in previous months following disappointing share prices, with Vodafone looking to slim down its operations across many markets.

In the UK, Vodafone is currently in advanced talks over a merger deal with CK Hutchison's Three UK, which would see the number of operators in the market slim down from four to three.

Meanwhile, in more consolidation, the company recently acquired Portuguese operator Nowo from MasMovil, while it exited the Hungarian market completely, selling its Hungarian business unit for $1.8bn in August, and has recently sold off its Egyptian unit to Vodacom (in which it owns a large stake) and is reportedly in talks to sell its Ghana business to Telecel Group.