A host of Pennsylvania's services went down including voter registration

Due to the failure, taxpayers and retailers were left in the lurch and even welfare programs were out of action. In the runup to the US Presidential election, voters were unable to access the state's website to register themselves for the vote. 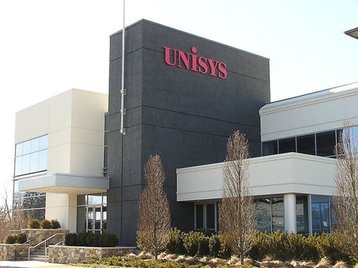 The state’s IT services are hosted at Unisys's 150,000 sq ft (13,950 sq m) data center, two states south in Ashburn, Virginia. The company has a $100m-a-year contract with the state, due to run till 2024. On Saturday, computer equipment failed at the data center - those systems were brought back up earlier this week. According to authorities, the problem was not caused by hacking or malicious activity.

Secretary of State Kathy Boockvar said in a statement: "The outage is due to an issue with the contractor's equipment, and there is no evidence of malicious interference. All data was backed up, as always. Commonwealth IT personnel are working with Unisys to restore service as soon as possible."

Back in February, Unisys sold its US government contracting unit to SAIC Corp for around $1.2bn. The company said the sale allows it to build and buy better products for its private-sector and foreign-focused Enterprise Solutions group.

Aside from voting and welfare woes, the Pennsylvania government also hosts a monopoly on the supply of alcohol to bars and restaurants. Around 17 US states have kept a goverment monopoly on liquor since the repeal of the national prohibition of alcohol in 1933.

The outage took the ordering system for bars and restaurants down according to the Philadelphia Inquirer , and as a result, the retailers couldn’t restock their businesses with wines and spirits. The Pennsylvania Liquor Control Board manages the sale of alcohol in the state and had to supply the retailers via its state-owned Fine Wine & Good Spirits stores.