The Met Office is considering hosting at least part of its new supercomputing capacity abroad, it has been reported.

Last year the Met Office announced it would spend £1.2 billion (US$1.56bn) on building the world's most powerful supercomputer dedicated to weather and climate. The first phase is due to begin in 2022, with a second phase (2028) proposing to expand it a further threefold.

“The electricity this thing will use will be so massive that they want to house half of the technology somewhere like Norway where they have cleaner energy,” an unnamed source told the Mail.

“Most of our experts and scientists remain based in the UK – with modern technology, supercomputing doesn’t need to be located in the same building,” a Met Office spokesman told the Mail. “The outcome of the procurement, which is still unknown, will determine whether any of the new capability will be outside the UK.”

Met Office will host at least half of its new supercomputer, the rest not so sure 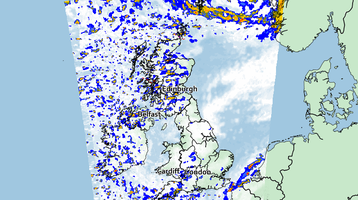 According to a Met Office procurement document, it requires “at least 50 percent” of the new system's capacity to be located in the United Kingdom in order to "protect essential public interests,” while adding “the balance may be located outside the UK provided the bidder can satisfy the Met Office that the regulatory and legal environment in which the balance is located does not pose a risk to availability of the services.”

Science minister Amanda Solloway confirmed that 50 percent requirement to the Daily Star and that the Met Office had left bidders “to propose locations.”

Labour MP Luke Pollard told the Daily Star he was baffled by the decision.

“The supercomputer is great news, we need the Met Office to have the best technology available. But concerns have been raised to me that not all of the machine will be based in Britain,” he said.

“The idea we are spending all of this money for a large part of it to be based overseas is nonsensical when Britain is facing a recession due to the pandemic. The priority should be for creating jobs and investment in this country. The Government would need a very compelling case as to why it would not be based here.”

The Met Office’s current supercomputing system consists of three Cray XC40s capable of 14 petaflops. It is one of the fastest machines in the world dedicated to weather and climate modeling, and was in the top 20 on the Top500 list when it was installed in 2016. Two of the machines are used for weather forecasts, and the third provides research and development capabilities.

The Met also hosts the Arm-based Isambard 1 system and has announced it will also host the Isambard 2 system when it is completed.