The UK Department for Work and Pensions (DWP) has signed a £27 million ($38.1 million) contract extension with Crown Hosting Data Centres.

The new five-year extension will run from June 2021 to May 2026 and see DWP continue occupying four 760kW dedicated data halls in Ark Data Centres facilities. Its initial four-year agreement from 2015 was extended for a further 48 months in 2019 in a deal worth an estimated £500 million ($707 million) and due to expire at the end of May 2021. 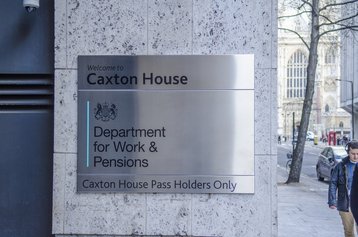 In the contract notice, the DWP said the department's strategy was to ‘increase its footprint in the Cloud,’ but would keep some applications in the data center ‘due to security requirements' and the fact others will become obsolete during their tenure.

“This facility, therefore, remains a key strategic requirement for the foreseeable future,” the DWP said. “Current asset refresh and continued migrations however will see efficiencies in delivery and optimization over the coming years so there remains an opportunity to reduce the DWP facilities footprint.”

Crown Hosting Data Centres was set up as a joint venture by Ark and the Cabinet Office to provide colocation services to public sector bodies and government departments.