UK IT and hosting firm M247 is more than doubling its prices at one of its data centers due to rising energy costs in the UK.

M247 operates two data centers in Manchester and two in Bucharest, Romania, from where it offers colocation, networking, and cloud services. First reported by The Register, the firm last week announced a 161 percent uplift in charges at one of its Manchester facilities. 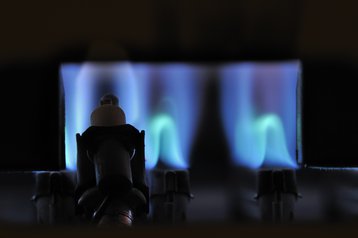 “From the 1st December 2021 there will be an uplift of 161 percent to your Manchester Ball Green Data Centre Power rental and overage charges,” the company said last week.

Customers reportedly received a direct follow-up from the company, saying it had been working "hard to absorb power, inflationary, and external cost increases with no impact to our customers."

"Unfortunately, due to these unprecedented times in the European energy markets with prices soaring to 550 percent since January, we have not been able to achieve that this year. As a result, we have had to make the difficult decision to increase your data center power cost relative to these price increases," the letter states.

“We appreciate the significance of this change, and we will continue to explore options to pass on future cost saving to your power rates once the market stabilizes.”

Gas and power wholesale prices have risen across Europe this year due to low storage stocks, competition with Asia for LNG cargoes, and Russian supply concerns. But increased supply issues in the UK, low storage capacity, and a fire disabling a key power line into the country have driven prices in the UK to astronomical highs. Prices have risen from £50/MWh ($68.30/MWh) in April to more than £2,500/MWh ($3,370/Mwh) in recent weeks.

More than a dozen smaller energy firms have gone bust as a result of costs. However, a number of data center firms told DCD recently that they were largely insulated from the price rise – at least for now – due to the fact data center operators usually buy energy in bulk ahead of time at a largely fixed price.

Prices could rise if any of those energy contracts are due to come to an end soon and see operators either decide to take on the costs themselves or pass them along to customers.

Simon Hansford, CEO at UKCloud, told The Register "energy prices are part of the overall cost of delivering a service." He said UKCloud has no intention of hiking its prices and was not aware of other cloud providers upping theirs.