Long-term deals from large suppliers might insulate operators from the worst for now, but for how long?

The UK is currently seeing gas and energy prices soar to historic highs. Amid high prices and potential shortages, are UK data center operators able to protect themselves and customers?

Gas and power wholesale prices have risen across Europe this summer due to low storage stocks, competition with Asia for LNG cargoes, and Russian supply concerns. But increased supply issues in the UK, low storage capacity, and a fire disabling a key power line into the country have driven prices in the UK to astronomical highs. 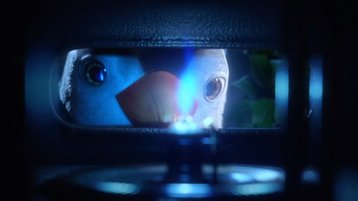 At least nine smaller UK energy firms have gone bust in recent weeks, driven out of business by high wholesale energy prices and energy caps limiting their ability to pass the costs on to consumers. The UK Government has reportedly been considering issuing short term loans to affected companies to help them cover costs until gas prices subside, but nothing has been announced.

A predicted cold winter is increasing demand, continued supply issues partly impacted by Covid-19, Brexit, and other factors, and the fact the UK has relatively little storage capacity compared to European neighbors means prices could remain high for months to come.

In an email to S&P Global Platts, the company said "these colossal, unprecedented rises” were making it impossible to operate profitably at certain times of the day. 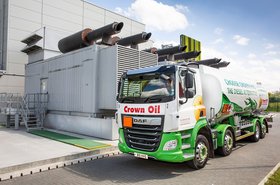 Can backup generators switch to vegetable-based oil, and go green without compromising operations?

“With winter approaching, when demand will rise, prices could get significantly worse," it said.

Dan Turvey, Senior Risk Manager at Inspired Energy, tells DCD the UK had previously seen wholesale energy prices fall to historic lows amid a very mild winter. But since the “extreme price lows” of last summer, he says the market has been on an “aggressive upward trajectory.”

“For much of the last decade, contracting fixed deals year-to-year would often only result in a modest wholesale cost change, perhaps 10-20 percent per year. However, over the last 24 months, we have seen UK wholesale energy contracts halve in value into one year and then quadruple into the next.”

Having reached out to several data center firms in the UK, it seems many operators buy their energy from large providers that are unlikely to go bust, and often buy large long term energy contracts from companies that help protect against fluctuating prices.

“In the short term as a pure colocation provider, we haven’t seen the huge impact that many other sectors have with regards to the energy price increases,” said Robert Williams, Technical Director at UK firm Custodian Data Centres. “One key area that has reduced the impact has been securing longer-term pricing from our energy providers. This approach ensures we have stability and consistent pricing over a longer-term period. Whilst this may have been a more expensive option 6-9 months ago, it has been a safe option during this time of fluctuating pricing.”

"Our general outlook is that its business as usual for us in maintaining around-the-clock critical services for our clients; We purchase all of our energy from 100 percent renewable sources, so the cost of obtaining our energy isn’t the primary driver." adds Matt Seaton, Senior Manager at UK firm Netwise. "We are considering our own solar panel array at our new London East site, but this is still pending further plans at this time." 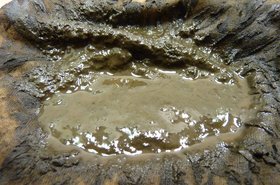 The quest to run data centers on battery power

Despite the increased efficiency of battery power and renewable energy, data center operators still have diesel generators out back. That may be changing

How long that insulation from market forces lasts is yet to be seen, however, and could see price rises not only for the operators but their customers. And where manufacturing companies can – albeit reluctantly – shut down operations temporarily, data center operators with uptime imperatives and SLAs aren’t afforded the same luxury in the face of soaring prices.

Josh Gardner, owner of commercial electricity contractor Point Electrical, added that many of the data center firms he has work with tend to be fixed onto a certain rate per kW for the duration of their contract, meaning currently there is little or no impact on their costs.

“However, once those contracts are up for renewal and that fixed rate comes to an end, there could potentially be some cause for concern. Whilst the companies could and would absorb some of the increase in cost – up to a certain percentage – after a certain point these costs would need to be moved down the line, eventually meaning that the cost of data storage would increase to the end user.”

Inspired Energy’s Tovey recommends that where possible, data center operators should consider purchasing their volume needs flexibly and through longer-term contracts, in order to protect themselves against these significant price swings.

“By setting a robust risk management strategy, worst- and best-case price scenarios can be known years ahead of time, thus reducing the likelihood of these shock price periods impacting on energy budgets,” he says.

“The data centers that we work with are currently benefiting from this considered approach, as they had forward bought the majority of their volume needs prior to this record high price spell and are therefore insulated from the current price shock.”

Look to renewables to reduce exposure

As with many companies in the US and further afield, it’s becoming increasingly common for UK data center firms to look at sourcing renewable energy deals or even generate small amounts of energy on-site through the likes of solar panels. UK provider Kao Data, for example, has a Renewable Energy Guarantees of Origin (REGO) certificate from EDF to offset its energy use. 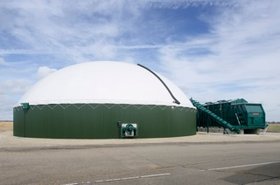 Build near a complementary industry, and a data center can go from a liability to an environmental asset

Such renewable energy deals or greater use of on-site generation can help further hedge against rising energy prices.

“Grid capacity is waning and the pressure is on for data centers to transition to a model where the majority of their power is coming from renewable sources,” says Jennifer Curry, EVP of Product and Technology at INAP. “Wind seems to be a leading source as that is what the UK is pushing for residential power.”

“If the trend is real, a provider has no option but to aggressively pursue their green energy plan or they will get priced out due to the continuing (we assume) rising energy costs.”

Are you a data center firm affected by the price increase or worried about a provider going under? Or are you a customer that’s had a provider pass costs on to you? Reach out to DCD and let us know.