A new data center on the outskirts of Uganda’s capital, Kampala is due to open in June, in a bid to help develop the country's fledgling digital infrastructure.

The Raxio Uganda facility will have access to 1.5MW and marketed as a colocation facility, pitching for Ugandan businesses (namely finance) and Government agencies. Designed to meet Uptime's Tier III specifications, the facility was first announced in 2018. Originally planned to open in 2019, the data center's launch has been delayed till June 2020. 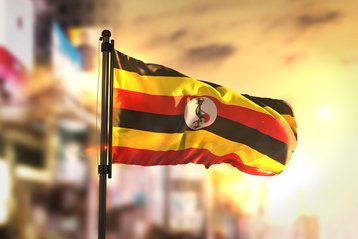 Roha, a US investment group focused on African infrastructure projects, is building a series of data centers in Africa under the label Raxio. To build facilities in Uganda and elsewhere, it has established a data center subsidiary called First Brick Holdings Group.

First Brick Holdings is also building a Raxio Data Center in Ethiopia. And, in three years Raxio hopes to be running 10 other facilities across the continent.

According to a report from African Business, much of the Internet content that Africans want to access is currently held far away and so latency becomes an issue. This new data center is a way to rectify this.

Private businesses often store data on their own servers, which are difficult and costly to maintain and so a Ugandan business may decide to just rent space in a data center.

This Raxio data center is “carrier-neutral” and its users will be able to shop around with different providers.