It's not the first time the data center has been attacked

A data center hosting both government and private sector servers in Rwanda has been brought down after being hacked.

The February 18 attack rendered the facility incapable of receiving incoming traffic for hours, according to reports from the local Rwandan news site, Taarifa. Most government websites immediately went down, including the President’s website, and that of the state’s army.

No further information has been released regarding the incident so it is hard to piece together what actually happened. 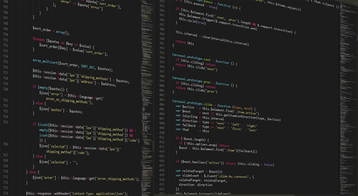 Organizations in Africa are attacked on average 1,500 times per week – Image by Boskampi from Pixabay

Taarifa says it is not the first time hackers have targeted the data center. In 2016, “hacktivists” from the World Hacker Team, an Anonymous division attacked several countries including Rwanda.

The group breached the backend of Broadband Systems Corporation, a Rwandan IT company that provides high-quality video conferencing software for the government. The company’s email accounts, passwords, and phone numbers were dumped publicly. Some sensitive client information was leaked as well - along with internal emails along with usernames and passwords for some of the company’s hosting and cloud accounts.

Africa has taken a lot longer to establish an Internet footprint than other continents but this still hasn't stopped cyber criminals. Many African countries have nascent online security systems but the sector is still remarkably under developed. Cyber attacks in Africa have increased over the years and while the value and impact of African hacks tend to be lower than those in developed countries it has still raised questions about Africa's dire need of tighter cyber security.

In October, Johannesburg, South Africa, woke up to the news that the city’s municipal website and billing services had been hacked by a group calling themselves Shadow Kill Hackers. The group demanded a ransom of four bitcoins, approximately $30,000 at the time. 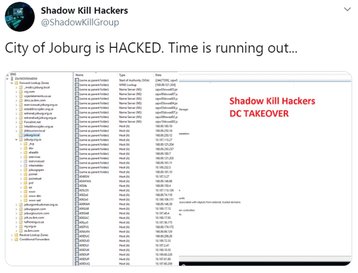 According to reports, the hackers sent a ransom note to several employees of the city, which simply read "All your servers and data have been hacked. We have dozens of back doors inside your city.

"We have control of everything in your city. We also compromised all passwords and sensitive data such as finance and personal population information."

After the data breach, the city acknowledged its impact but did not pay the ransom.

The group also targeted Tanzania, Rwanda, and Uganda. To date, SilentCards is believed to have made away with a total of 2bn shillings ($20m).

This group is allegedly led by an ex-police officer who became a bank employee, then quit with the knowledge that he had gained and began exploiting loopholes in the banking infrastructure to carry out the hacks. It’s been reported that the group frequently buys legitimate bank cards from poor students who don’t ask too many questions, and uses them to conduct the looting.

SilentCards has now become the most successful hacker group in Central and East Africa.