WWT signs on as anchor tenant at 23,000 sq ft facility

TierPoint has completed work on a new data center in St. Louis, Missouri.

The company announced this week it has completed construction of the facility at 2315 Millpark Drive in the city’s Maryland Heights suburb. 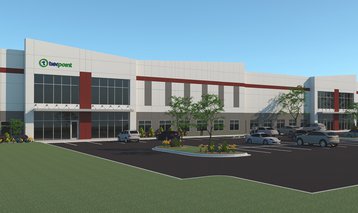 World Wide Technology (WWT), a global technology solutions provider with headquarters in St. Louis, has signed on as an anchor tenant of the new facility.

“WWT’s ever-expanding need for data center space drove us to partner with TierPoint,” said Mike Taylor, WWT chief technology officer and executive vice president, services. “TierPoint’s Millpark facility is close to our global headquarters and tech campus in St. Louis, which allows us to scale operationally in our Advanced Technology Center. The WWT and TierPoint strategic partnership includes going to market together to solve customer challenges and serving as a strategic supplier of software, hardware and services to TierPoint, as they grow their business. We look forward to growing all aspects of our relationship in the future.”

TierPoint operates two other data centers in and around St. Louis, along with a fourth Missouri data center in the Kansas City area.

Earlier this year Argo Infrastructure Partners invested half a billion dollars to acquire TierPoint. Argo previously invested in TierPoint alongside Wafra and Macquarie Capital Principal Finance in a 2020 $320 million raise.