There's a cold front coming in 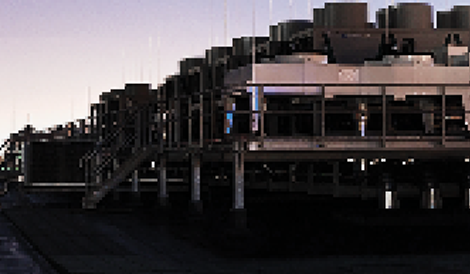 A recent report from The Green Grid claimed that the current perception of data center equipment’s tolerance to heat and humidity is based on archaic practices and that more should be done to come up with eco-friendlier ways to cool servers. IT equipment can produce heat that reaches up to 24°C, depending on the server inlet temperature and, with hundreds – if not thousands – of servers running 24x7x365 days a year in a data center, this adds up to a lot of heat.

Beyond temperature control, there are a wide variety of techniques currently in place to cool data centers, including open-air circulation and chillers. Historically, most data center operators have used strong chiller systems to offset the heat produced by servers.

Chiller systems cool the water used in HVAC units, maintaining a low facility temperature. With energy prices on the rise and a scrutinising “green” eye from the public, however, chillers are quickly going out of style.

The main problem with chiller systems is that they use at least 30% of a data center’s total electrical energy. In addition, there’s often energy loss through transformers and unit fans, which push chiller energy requirements up even further. Many data center operators have seen performance and efficiency issues with these practices and are increasingly turning to cooling systems that implement natural resources such as ground water cooling and – where applicable – the preferred seawater cooling.

Seawater cooling systems pump deep, cold seawater through a data center’s heat-ventilation-AC (HVAC) system, cooling the air that is circulated within a facility and lowering the inside temperature. Although the mechanics of this process are similar to chiller systems, seawater cooling completely eliminates the need to cool water down, a process that requires high levels of energy.

For example, chiller costs tend to spike in the summer, especially in data centers that aren’t completely sealed, resulting in higher-than-normal operating costs during the hottest months. For data center operators located in warmer climates, this is an ongoing battle.

With seawater cooling, the temperature of deep seawater does not fluctuate, and therefore no extra energy is needed to cool it further. This means that the system can operate consistently on the same amount of power, regardless of the outside temperature or a data center’s geographic location.

Interxion’s seawater cooling system has also dramatically improved the PUE of each data centre from approximately 1.95 (the result of running chillers during an unusually hot summer) to 1.09, a measurement only 0.09 away from being completely energy neutral.

In addition to the significant operating cost reductions that seawater cooling offers, most data center managers also see a significant drop in PUE within their data centers. For data centers that allow a single point of failure, there are additional benefits to increase the IT load as energy-consuming chillers are not required anymore.

When one takes these benefits into account, it is clear that seawater cooling offers immense benefits with which alternate cooling systems simply cannot compete.