An American telco, a data center company, and a cable landing station operator (CLS) have vastly improved their transmission capacity by connecting networks. 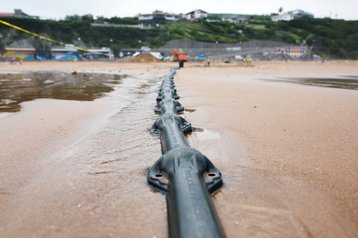 Back in 2016, Windstream deployed a direct fiber optic network connection between its PoP at an Equinix data center in Ashburn to a meet-me-room operated by NJFX at its Wall Township campus in New Jersey.

The MMR is located in Tata Communications' CLS, adjacent to the NJFX data center, and provides access to the TGN1, TGN2, Havfrue, and Seabras submarine cables.

Now, Telefonica subsidiary Telxius has joined the partnership, adding a terrestrial fiber connection from the NJFX MMR to its own landing station in Virginia Beach, Virginia. This adds Marea and Brusa to the available submarine connections.

According to a statement by the trio, the deal will allow them to work together and tap into each other's routes to address capacity needs.

Transmission capacity is expected to exceed 500Tbps after this new deal. 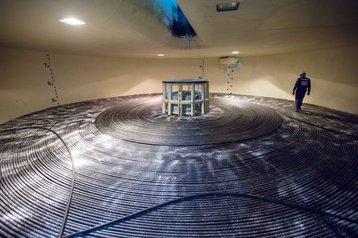 The Marea cable ready to be rolled out – Microsoft

Gil Santaliz, CEO of NJFX, said: “This is an integral part of the shift the industry is seeing in new infrastructure being deployed to replace the old networking models.

"Additionally, we are happy to be able to offer services over Marea and Brusa to NJFX facilities."