Cryptomining firms TAAL and Lake Parime are to deploy a 10MW cryptomine facility at a nuclear power station in Ohio.

Under the deal, 3,000 S19J Pro bitcoin mining units owned by TAAL will be deployed in Lake Parime's Powerbox infrastructure at an unidentified nuclear energy facility in Ohio.

The deployment will have a capacity of 10MW, or 300 Petahash of mining capabilities.

UK-based Lake Parime pitches itself as a way to use excess renewable energy - simply shift that power into one of its modular 'Powerbox' data centers, and use that to run high-performance computing applications like machine learning, visualization, modeling, and - of course - blockchain and cryptocurrency. With a large battery deployment, it can reduce workloads or cease operations during periods of low power.

The company claims to have deployments in UK, Canada, and USA, but details are limited. It is developing a 10MW mining facility next to Clyde Dam in New Zealand.

The announcement doesn’t outline which nuclear power station in Ohio the companies will be deploying at. There are currently three in operation in the state; the Energy Harbor-owned Davis–Besse and Perry power plants in Oak Harbor and Lake Erie respectively; and the William H. Zimmer plant in Moscow, owned by Vistra Energy. 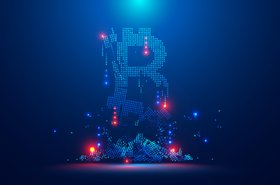 DCD podcast out now: Understanding Bitcoin power use after the crypto crash

"This additional capacity is in line with our goal to reach both network location diversification and a total capacity across all sites of 2 EH/s of hash power at full deployment," said Richard Baker, CEO of TAAL.

Sath Ganesarajah, CEO of Lake Parime, added: "The project is a great example of what Lake Parime is all about – we improve the return profile of the clean energy operator whilst addressing demand for low-cost, zero-carbon energy for companies like TAAL. We're excited to expand our site portfolio from largely wind and hydropower to nuclear energy, showcasing the huge potential of our deployments in accelerating the energy transition."

Last year Talen Energy announced plans to develop a 300MW nuclear-powered cryptomining facility and data center adjacent to a nuclear power plant in Pennsylvania. TeraWulf, which is developing the cryptomine portion in partnership with Talen, recently agreed to an additional $50 million in loans with existing lender Wilmington Trust as it looks to build out the site.

Late last year TAAL bought a warehouse in New Brunswick, Canada, that it is planning to develop into a 50MW cryptomine.