In 2017, Switch was sued by fellow Las Vegas data center company Cobalt Data Centers – founded by former Switch CFO Mike Ballard in 2011 – which accused the company of operating a monopoly in Southern Nevada, operating anti-competitive practices, and ultimately causing it to cease operations in 2015. 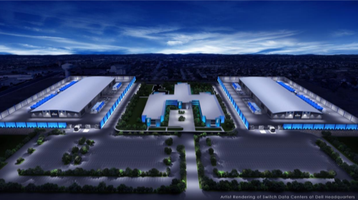 The company noted its results included a $35 million non-cash litigation charge which affected both income (loss) from operations and consolidated net income (loss) for the period. Litigation Expenses for the year reached $8.97 million, compared to $239,000 in $2020.

During the earnings call, Switch president Thomas Morton said the company had reached a $35 million settlement paid in stock related to a lawsuit filed against the company by Cobalt Data Centers.

“We are pleased to have moved on from this legal matter, which has been pending since 2017,” he said.

In September 2017, V5 Technologies d/b/a Cobalt Data Centers filed a lawsuit against Switch in the US District Court for the District of Nevada. The company accused Switch of monopolizing the Las Vegas Metropolitan area of Southern Nevada’s data center colocation market and engaging in unfair business practices, ultimately leading to the failure of Cobalt Data Centers in 2015. V5 was seeking monetary damages.

“We believe Cobalt’s claims lack merit and that we have strong defenses to the allegations,” Switch said at the time in an SEC filing.

However, Law360 reports the two companies settled in November 2021, shortly before the case was due to begin in Nevada Federal Court. 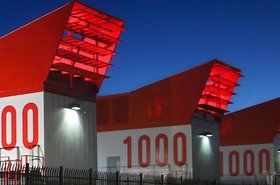 According to the Las Vegas Review-Journal, Switch and Cobalt’s conflict began in 2011, when Switch sued former CFO Mike Ballard. After leaving Switch around 2006, he formed Cobalt in 2011 with aims of building data centers in Las Vegas.

Despite the lawsuit, construction on Cobalt’s first 34,000 sq ft, 5.5MW facility began in 2012 and was brought online in early 2013. The company had announced plans for several more facilities, and had secured a 12.5-acre parcel of land for a 388,000 sq ft data center campus spanning four buildings.

However, Ballard left Cobalt in Mid-2013, with former Savvis and DRFortress exec Jefferson S. Brown becoming President. In 2015, Cobalt ceased local operations; according to one legal filing, blockchain firm Core Scientific subsequently moved into Cobalt’s facility. By 2017, the company was back and suing Switch.

Cobalt argued Switch had a monopoly on the Las Vegas/Southern Nevada area, preventing new players from entering the market. It said Switch employed anti-competitive practices that forced the company to close and was focused on preventing Ballard and his firm from succeeding.

Cobalt alleged that Switch's marketing materials disparaged its facility, said Switch’s contracts punished tenants for locating some data in competing data centers, and that Switch CEO Rob Roy himself threatened companies and trade groups not to do business with competitors. It also accused Roy of using his position as a board member in the governor’s Office of Economic Development to stop tax credits for competitors.

Switch argued that Cobalt's inferior product, including the building and facilities, contributed to Cobalt's failure. It argued its revenue came from companies all over the country, and other data center companies operated in the region.